Smartkarma, the research network for independent providers, has launched an accelerator to support analysts who want to start their own businesses and is interviewing for its first cohort of between four to six firms.

Arzish Baaquie, head of UK at Smartkarma, told Markets Media: “Boost Research is the first accelerator program for independent research providers and we are looking to catalyse the space.”

Baaquie continued that Smartkarma is in the middle of the assessment process to identify firms to support in the first cohort. Smartkarma will provide support including access to financial data, office space and mentoring from other research providers its network, initially from the London office.

Mark Artherton, head of research for Boost Research, said in a statement: “We are dedicated to growing the independent analyst landscape around the world to enhance the variety of opinion available to investors. At a time when sell-side analysts are facing an uncertain future, we are taking these skilled analysts and empowering them to build a sustainable business.”

Participants can also benefit from Smartkarma’s platform, providing data, publishing tools and distribution of research to the network of more than 165 global buy-side institutions. 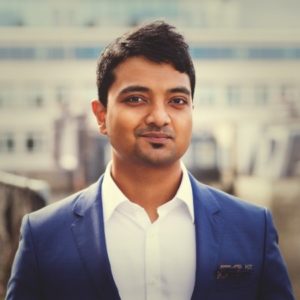 Baaquie added: “Depending on the success of the first cohort, we would like to launch two cohorts per year.”

MiFID II, the European Union regulations which came into force this year, unbundled payments for research from trading commissions. They had traditionally been combined, leading to a lack of transparency for end investors who were paying the commissions without any monitoring of the quality of the research being provided, or of whether they were receiving best execution. Now fund managers must either pay for research themselves from their P&L or to use a research payment account, where the budget has been agreed with the client.

“Unbundling has become global best practice and is the way forward,” said Baaquie.

The focus on paying for research that provides value should offer opportunities to independent analysts.

Smartkarma’s London office was launched in September 2017 before MiFID II went live and an office in Frankfurt was also opened in March this year.  The firm officially launched in Singapore from closed beta in April 2016 and initially covered Asian markets. In addition to expanding into Europe, Smartkarma also launched in New York at the start of this year.

The growth follows Smartkarma closing a Series B round of financing led by Sequoia India in November last year, which took the company’s total funding to $21m.

Clients pay one subscription for unlimited access to a pool of more than 450 Insight Providers made up of independent analysts and boutiques, academics, data scientists and strategists – but not investment banks. A predictive search engine curates each piece of research so that it is matched in real-time with investor mandates. Baaquie said: “We are a ‘Spotify’ for independent research.”

In order to become an Insight Provider, researchers need to have at least eight years experience and provide research samples.

“We reject four out of five applicants,” added Baaquie. “Application volumes have been catalysed by MiFID II.”

He admitted that SmartKarma’s strongest selling point is currently its coverage of more than 2,700 companies across 15 Asia Pacific markets but said the firm is aggressively expanding European content.

In addition to launching Boost Research, Baaquie said another important initiative was the introduction of Premium Services.

“Clients pay for additional services beyond written content, such as analyst calls, corporate access, financial modelling and bespoke research, in a way that is fully compliant with MiFID II,” he added. “Analysts can monetise their expertise and gain additional revenue streams.”

Dr Jim Walker, chief economist at Asianomics and Smartkarma Insight Provider, said in a statement: “Premium Services provides independent analysts like me, with an effective platform to reach a global community of buy-side clients interested in all of our services.”

In the UK the Financial Conduct Authority has bought in  new rules governing the access to initial public offerings for analysts outside the syndicate banks.

Last week the Association for Financial Markets in Europe and the European Association for Independent Research Providers published guidance for unconnected analysts who want to access information about prospective issuers. 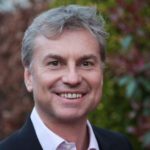 Chris Deavin, chairman of Euro IRP, said in a statement: “These are important FCA reforms to the UK IPO process, which ensure for the first time, independent IPO research can be produced without barriers, and provide essential quality analysis at the right time to potential investors. This guidance defines the clear practical steps by which this will happen and should help market participants work in a UK IPO process that serves both investors and issuers.”

Euro IRP has also warned that regulators need to remedy faults in the implementation of MiFID II. The latest annual Euro IRP Members Study found that 80% of members wanted regulators to take urgent action to address flaws in research pricing under MiFID II.

“This is not in the main due to regulatory failings, nor to the attitude or activities of asset managers,” said the study. “Rather it is predominately the continuance of cross-subsidisation of their research by investment banks and major brokers, which is subverting and restricting a true level playing field for research providers, and preventing the best outcomes for end investors.”

The study said the price of research from investment banks does not cover the total cost of production and they are maintaining artificially low prices.

One member said in the report: “Bulge bracket pricing is clearly an inducement and a direct breach of the law. Not to do something is to accept that the bulge bracket can choose which laws to abide by and which are only optional.”