Hermes Investment Management said its research has shown a statistical link between a company’s social practices and performance for the first time.

The fund manager analysed the impact of environmental, social and governance factors on equity returns in the MSCI World Index between 31 December 2008 and 30 June 2018. The study, ESG Investing: A Social Uprising,  found that companies with good or improving social characteristics have tended to outperform their lower-ranked peers by an average of 15 basis points per month. 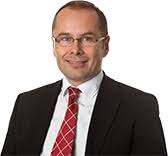 Geir Lode, head of global equities, Hermes Investment Management, said in a blog: “We have conducted this research twice before, in 2014 and 2016, and despite highlighting a link between corporate governance and returns, this is the first time we have seen a statistical link between social practices and a company’s performance.”

There was also no evidence that companies with attractive environmental characteristics have underperformed.

“With the recent IPCC report on climate change and a slew of corporate governance scandals which have weighed heavily on share price performance, we have seen ESG investing accelerate from niche to norm,” added Lode. “However, due to the intangible nature of social factors it has been harder for investors to quantify and understand this element and the importance placed upon it by investors has always lagged behind.”

Lode added: “These hyper-growth companies – businesses typically at an early stage of their life cycle and experiencing stellar growth rates but often trading at high multiples – have delivered incredible returns, propelling the market to record highs despite already lofty valuations. As relatively young disruptive companies, these often do not meet traditional ESG standards and score quite poorly on governance factors.” 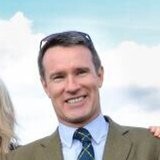 Eoin Murray, head of investment at Hermes, said at a conference that ESG is a critical core belief for the fund manager as it is a long-term steward when allocating capital. Murray spoke at the Lipper European Alpha Expert Forum 2018 in London last week.

“Integration of ESG in the investment process is not just a fad,” Murray added. “However, it takes many years of understanding to make use of the necessary information.”

Keith Skeoch, co-chief executive at Standard Life Aberdeen, said at the conference that ESG and social impact has become a differentiator for asset managers for the first time this year .

However, Martin Davis, head of Europe at Aegon Asset Management and chief executive at Kames Capital, disagreed at the conference.

“ESG in not yet a differentiator but lots of people are jumping on the bandwagon,” added Davis. “Our managers are passionate about  investing in sustainable companies which will deliver better returns over the long term.”

Davis continued the Games Capital manages one of the oldest ethical funds, which was launched in 1987.

“Our experience of running an ethical fund has seeped through our investment process, such as in our property book,” Davis said.

He added that Aegon Asset Management, Kames Capital’s Dutch parent, had launched some of the firm’s funds in the US and the global sustainable fund had received the most interest.

The increasing investor interest in ESG is shown by RSRCHXchange, the research marketplace and aggregator, launching a dedicated ESG functionality. The platform now hosts ESG research from independent brokers alongside banks and brokers. 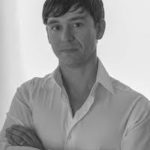 Jeremy Davies, co-founder of RSRCHXchange, said in a statement: “Following increasing demand for ESG research from many of our clients on the RSRCHX platform, we are very pleased to offer a specific point of focus for our users to discover and buy reports and analyst meetings that are proving essential to their decisions in the current landscape. .”

Mark Andrich, chief executive and founder of data provider Sustainable Platform, said in a statement: “Sustainable Development Goals bring focus and opportunity to quantify sustainable development contributions of companies which is important not only for impact investors, but also investors seeking businesses focused on meeting future demand from a new generation of customers expecting sustainable outcomes.”