Société Générale Securities Services has consolidated its cash equity clearing which LCH.Clearnet said is part of a growing trend amongst financial institutions and resulted in its interoperable volumes rising by over 50% in the last 18 months.

LCH.Clearnet, part of the London Stock Exchange Group, said it has been selected by the French bank for its pan-European interoperable cash equities.

Cécile Nagel, global head of equities at LCH.Clearnet told Markets Media: “All of our top 10 clients are looking at clearing efficiencies and rationalising their flows. This is a trend we expect to see continue but appreciate that we operate in a competitive environment.”

Nagel added: “We are hoping to add other venues this year.” 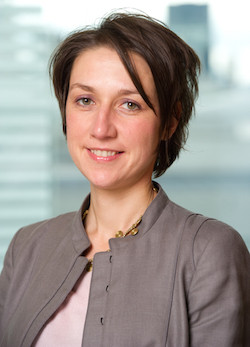 Guillaume Heraud, head of business development for financial institutions and brokers, Société Générale Securities Services, said in a statement: “When it comes to clearing, robust risk management is of paramount importance. LCH.Clearnet’s expanding clearing activity across Europe, and innovation in clearing and risk management of OTC equities and equity derivatives were other contributing factors to our decision.”

“Société Générale Securities Services will also reduce their clearing fees as our new pricing structure is volume-based,” she added.

Chai said: “Last year we launched an initiative with Traiana to increase netting between listed and OTC equity products and this has achieved good momentum.”

LCH.Clearnet, alongside rivals EuroCCP and SIX x-clear, was part of Traiana’s launch of Harmony CCP Connect for equities which transfers OTC equity trades from the existing bilateral settlement model into central clearing.

Chai added that LCH.Clearnet is global and mulit-asset class so there are additional benefits in consolidating clearing.

Analyst at Barclays said in a report that since LCH.Clearnet was consolidated into the London Stock Exchange Group in April 2013, the clearer’s run rate operating revenue contribution has increased 26% from £60m to between £82-£83m and its top-line revenue was higher than expected in 2013/2014.