Some HFT Firms May Have Overcooked Their Microwave Strategies

In a bid to stay one step ahead of their competitors, some high-frequency trading firms may have “bitten off more than they could chew” in their adoption of microwave technology.

Despite the technology being around since the 1970s, it has only been in the last few years that microwave has been adapted to the trading realm due to its potential of being able to trump the latencies on offer through a fiber optic cable, which had hitherto provided traders the fastest connections to the world’s major trading centers.

Although microwave is only really aimed at very high end of the HFT market—in a world where a millisecond can make all the difference—the scramble by some HFT firms to develop their own microwave technology at extremely high costs, in a bid to steal a march on their competitors, may now be backfiring on them due to the market downturn of the past couple of years. 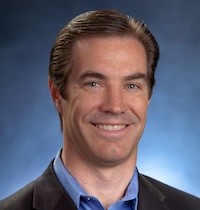 “We are talking about a handful of firms that are using microwave today; it is far from being a mainstream technology,” said Mark Casey, president and chief executive of CFN Services, a Virginia-based provider of automated trading enablement services, including microwave.

“But some trading firms that went into do-it-yourself mode have maybe bitten off more than they could chew and are trying to exit it by keeping the benefits of what they have built but getting rid of the pain of managing a microwave system by selling it to a commercial operator to maybe recover some of their investment.

“They want to become a trading firm again and remove the distraction of running a microwave network.”

Microwave technology is a growing and highly-secretive section of the industry with a lot of HFT firms who use it not wanting anyone else to know what they are actually doing—and routes are quite often shrouded in secrecy. The more established routes are between the trading hubs of New York and Chicago, as well as within the New York metropolitan area. In Europe, London-Frankfurt is the region’s main corridor for microwave.

More commercial offerings are now coming on stream to capitalize on the burgeoning technology, while data center and exchange roof space is quickly becoming prime real estate territory as firms look to mount their microwave-enabled dishes in a bid to gain quicker access to markets.

“Trading firms that have made their own investments in microwave, those investments have a dollar component to it,” said Casey. “Commercial offerings help to solve some of that as do-it-yourself is obviously an expensive operation.

“There will continue to be a little bit of a shake-out as the technology matures. We will see wider adoption but I don’t know how widely adopted it will become ultimately—the technology is aimed at the very high end of the market.”

Although the systems in play today are more advanced and reliable than those used by the early adopters, microwave connections are still prohibitively expensive for many firms, as they can experience interference from weather and solar activity, and carry less information than fiber optic cables.

“If you talk to trading firms, they consider microwave an adjunct,” said Casey. “It can’t really replace fiber. It can certainly provide a performance boost. I don’t think you will find trading firms trading purely on microwave.”

Microwave, which is beamed on a line-of-sight basis between two towers or antennae, also struggles over vast swathes of water due to the curvature of the Earth. The biggest known microwave route achieved across water is 360 kilometers across the Red Sea, so a London-New York microwave link is still a mere pipe dream.

“Microwave has its drawbacks, but as with everything in life,” said Hugh Cumberland, solution manager, payment and settlement services at Colt, an IT provider that recently introduced a new microwave service between London and Frankfurt.

“We might not get the same level of availability that we provide on fiber but it won’t be far off and the upside is the much faster latency time.”