The volume of cleared interest rate swaps based on the Sterling Overnight Index Average (Sonia), the UK’s new risk-free reference rate, have doubled this year at LCH as the industry looks to transition from Libor.

Cameron Goh, global head of product, rates, at LCH said at a media briefing today that the clearing house owned by the London Stock Exchange Group cleared £93 ($119) trillion in sterling interest rate swaps in the first 11 months of this year. 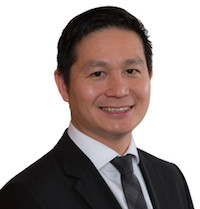 After the financial crisis there were a series of scandals regarding banks manipulating their submissions for setting benchmarks across asset classes, which led to a lack of confidence and threatened participation in the related markets. As a result, regulators have increased their supervision of benchmarks and want to move to risk-free reference rates which are based on transactions, so they are harder to manipulate and more representative of the market.

The Bank of England has chosen Sonia as its risk-free reference rate, replacing Libor, which was based on submissions from banks rather than actual transactions.

Goh continued that Sonia futures were launched on CurveGlobal, LSE Group’s interest rate derivatives platform, at the end of April this year and LCH also clears almost all the over-the-counter volume of swaps referencing Sonia.

“Index reform will be the most important topic for financial markets over the next 24 months and we are enabling that transition,” he added.

The entire futures suite on CurveGlobal is available for portfolio margining, which allows the margin on exchange-traded derivatives to be offset against the margin on OTC products in a portfolio and reduce the overall margin requirements.

“We have expanded the pool of products that can be optimised,” added Goh. “One of our unique selling points  is that we provide a global liquidity pool for IRS so clients can optimise their resources, and they have choice through our open access model.”

Andy Ross, chief executive of CurveGlobal, said at the briefing: “CurveGlobal is around 50% of the open interest in Sonia three month futures.”

CurveGlobal said today that more than 500,000 lots have been traded in its three month Sonia future since launch.

Ross added that the focus on margin efficiency will only increase as more counterparties are affected by the next phase of the uncleared margin regulations.

“CurveGlobal was launched two years ago. Now that MiFID II has gone live, more people are joining and open interest is growing steadily,” he said.

@CurveGlobal anniversary video part 2. A big thanks to all our stakeholders for their continued support. #Derivatives #OpenAccess pic.twitter.com/lQwabYuYK6

The MiFID II regulations went live in the European Union at the start of this year.

The European Union has also proposed that systematically important clearing houses that clear euro derivatives have to be located in the EU after Brexit. In addition Eurex Clearing, the clearing house owned by Deutsche Börse, launched a partnership program last year to build a liquid alternative for processing euro denominated interest rate derivatives in the remaining EU27.

Goh said LCH has not seen any reduction in swap clearing volumes despite the Brexit uncertainty.

“We are on track to have another record year with volumes up 26% on last year,” he added. “Euro swap clearing volume has significantly grown and a record number of eurozone domiciled counterparties have joined LCH this year, including eurozone located pension funds who want to clear at LCH.”

This month the European Securities and Markets Authority said it wants to introduce a limited exemption to facilitate the novation of certain non-centrally cleared OTC derivative contracts to EU counterparties  if the UK leaves the EU without the conclusion of a withdrawal agreement – a no deal scenario.

NDFs are derivatives that are used to hedge or speculate against currencies where exchange controls make it difficult for overseas investors to make a physical cash settlement.

“LCH has cleared more than $4 trillion in these non-deliverable swaps since launch, and liquidity in the underlying swap markets have also increased,” said Goh.