SquareBook, the fintech aiming to remove conflicts of interest in the initial public offering process, said it has held promising conversations with potential issuers which it hopes to announce over the next 12 months.

The firm was authorised by the Financial Conduct Authority last month after taking part in the UK regulator’s sandbox initiative for new technology companies.

Richard Balarkas, co-founder of SquareBook, told Markets Media: “We have just received our approval and are confident that there is an appetite for change. We have a number of promising conversations and hope to have more to announce over the next 12 months.”

He gave the example of Slack and Spotify which have recently challenged the incumbent IPO market model by pursuing direct listings. 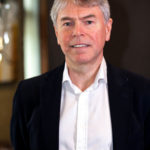 “The new breed of entrepreneurs is far more aligned with way our platform operates,” he added.

Balarkas said the IPO process is grinding to a halt with the number and size of deals halving in the US and Europe over the past two to three decades.

The Milken Institute said in a report last year that more firms were owned by private equity investors than were listed on all the US stock exchanges, although they were smaller than their listed counterparts.

Balarkas continued that regulators have been looking at conflicts of interest in investment banking, which led to unbundling of research from trading commission, and have also found issues in the IPO process with distortions of allocations to some investors. “The most publicised recent example was the IPO of Royal Mail,” he added.

The FCA investigated into how conflicts of interest were managed in the incumbent IPO process. Balarkas explained that SquareBook benefited from being able to talk to the regulator while building the concept of the firm – to remove conflicts of interest inherent in book building process which can affect the allocation of shares and distort pricing. As a result, liquidity is reduced in secondary markets and retail participation in IPOs has decreased.

“The FCA advised on key regulations, allowed us in the sandbox and gave us a license,” Balarkas added. “We are very keen on making capital markets function for society.”

Delighted to announce we have received FCA approval! Our aim is to bring innovation, transparency and competition to the #IPO process to the benefit of issuers, investors and intermediaries https://t.co/63zkGt5O2E

SquareBook said on its website that its IPO readiness programme takes no more than 20 hours of management time over a 12-week period. Potential issuers are allowed to meet potential end investors to test the water for pricing and demand.

“The SquareBook process is transparent, automated and controlled by the issuer, but they remain free to use advisors where they think it necessary,” said Balarkas, “There is no conflict of interest as the incentives of the issuer and investors are aligned.”

Balarkas continued that the FCA will allow the issuer to offer differential pricing on the SquareBook platform. “The majority of investors favour a level playing field so they are not locked into relationships with banks,” he added.

The banks who are bookrunners of an IPO traditionally allocate IPO shares in discussion with the issuer. Allocations on SquareBook are based on rules set by the issuer and all investors receive equal access to issuer communications and broadcasts.

The bookrunners can also stabilise the price of shares in the secondary market in the first weeks of trading. Balarkas argued that the fundamental providers of liquidity should be end investors rather than the bookrunners.

“The role of banks in the aftermarket is another piece of wisdom that is poorly understood and needs a rethink,’ he said. “If shares are allocated to a diverse group of investors all selected through the SquareBook process I expect the pattern of trading after an IPO will drastically change.”

Balarkas expects a price reduction of between one third and one half for IPOs on its platform.

“We are not out to eat anyone’s lunch but want to make the crumbs on the table into a smorgasbord for everybody,” he said. “Banks are welcome to use our platform for their IPOs and it would be good for them if they did.”

Squarebook said its technology levels the playing field for advisors as they can pitch based on their merits, as issuers customise their deal teams.

Joe Sluys, co-founder and chief executive of SquareBook, said in a statement: “By bringing innovation, automation and transparency to the listing process, we empower entrepreneurs considering equity fund raising on public markets to take control over their IPO. We believe that SquareBook will stimulate competition in the IPO process, contribute to a healthy equity culture and economic growth and help return the IPO market to fulfilling its purpose as a source of investment capital for small and growing enterprises.”