Institutional investors are seeking long-term returns in excess of target benchmarks, while attempting to reduce the risk of significant under-performance relative to that benchmark.

This can be accomplished using disciplined, mathematical equity strategies such as those developed by INTECH Investment Management, which generate alpha by taking advantage of stock-price volatility while limiting relative risk and trading costs.

“We would contend smart beta is a relatively new term for a strategy that has been around for a number of years,” said John Brown, head of global client development at INTECH. “INTECH has been doing that for the better part of twenty-seven years with the systematic creation of portfolios that are weighted differently than the cap-weighted benchmarks.”

INTECH is a proponent of the concept of ‘Smart Alpha’, or the concept that ‘Smart Beta’ has some inherent shortcomings: everything from over factor exposures, momentum exposures, and trading deficiencies “that we think that we have addressed and mitigated through the way we construct portfolios, using ‘Smart Alpha’” said Brown. 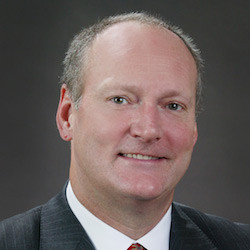 INTECH provides Smart Alpha is two ways: relative risk or return where a client is looking to establish a return stream or target against an existing benchmark like the S&P 500, and perhaps target a performance of fifty to two hundred or three hundred basis points, and absolute risk or return, which seeks to reduce absolute volatility in the portfolio. “Although both of them are volatility based, one is relative and the other is absolute,” Brown said.

INTECH, a subsidiary of Janus Capital Group, had approximately $44.7 billion under management as of December 31, 2013.

The company has added Adam Craig to its consultant relations team. In his role as managing director, Craig, who joined the firm on April 14, 2014, will work to establish and further retain relationships with investment consultants to increase their understanding and endorsement of INTECH’s products and services.

“Adam is uniquely qualified,” said Brown. “Being a mathematically based investment firm, we like folks to have at least a baseline comfort with mathematics, because it helps, but Adam has also been a twenty-some-odd year industry veteran. He has exemplary relationships with consultants, and as a former consultant himself, as I like to say, he speaks the language. His ability to empathize with consultants on the major roles that they perform on behalf of institutional investors was a real add.”

Craig said in a statement: “I am pleased to be working with a firm whose capabilities are focused on delivering a balance between consistent alpha, over time, and disciplined risk management. If markets remain volatile, pursuing alpha within a risk-managed framework will become even more important to consultants and their clients. These are the principles upon which INTECH was founded more than 25 years ago, and what I believe is the real value INTECH brings to consultants and their clients.”

Consultants play a crucial role in the institutional investment sector, assisting institutions with asset liability analysis, asset allocation decisions, and the ongoing governance and oversight of the plan and the underlying managers.

“At INTECH, we work very closely with consultants to make sure that they understand what I call the toggle,” said Brown. “We can toggle up or we can toggle down, aka customize our capabilities to meet individual plan needs. I think that that is a unique qualification of what we can do, and something that is exciting and it has been very well embraced.”