In Great Britain in 1935 Robert Watson-Watt and Arnold Wilkins demonstrated the birth of large-scale radar by successfully detecting aircraft using bouncing radio waves. By 1939 there were 20 radar stations on the British coast tracking aircraft from 100 miles away and they have been deemed critical to the Royal Air Force defeating the Luftwaffe in the Battle of Britain  in 1940.

Akbar Sheriff, head of regional client management EMEA at State Street, told Markets Media: “In a way, ETC is a radar for us identifying what the future might look like so we can be adequately prepared over a long-term time horizon. If it is successful, State Street will look and feel very different from today, but we will remain the premier trusted provider for our institutional and asset management clients addressing their most important needs.” 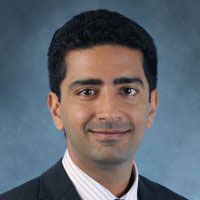 He added that State Street has always innovated as shown through the firm’s invention of the exchange-traded fund in 1993 and, two decades later, the creation of the Global Exchange group in 2013 which was set up to help the firm’s clients use new technology and data analytics.

Two and a half years ago, State Street decided to take a broader look at how technology innovations are creating both threats to the fundamentals of the industry and offering opportunities to evolve.

“We pulled together our strongest out-of-the-box thinkers from across the organization – ‘the crazies’ we called them.” said Sheriff.  “Their mandate was to  go out over a two month period and talk to technologists, venture capitalists, start-ups, and come back with a plan to disrupt us.”

’The crazies’  presented ideas to State Street’s senior management committee and the ETC chose to focus on a few concepts which could best be integrated into the firm’s business. Approximately 70% of the ETC’s effort is on distributed ledger technology, such as blockchain, while other areas of interest include artificial intelligence, which covers robo-advisory, and human computer interaction.

“There are some elements of blockchain we want to implement as soon as possible such as the integration of cryptography and distributed consensus mechanisms for the alignment and agreement on data across systems,” added Sheriff. “Specifically, we are looking at use cases such as areas within securities finance and the tracking and management of collateral for derivatives trades.”

A survey from State Street this month found that 57% of asset owners and asset managers expect blockchain to be widely adopted in the investment industry in the next five years, but only 7% currently have initiatives underway to support it. The survey was conducted by Oxford Economics in January and had global responses from 50 asset owners and 50 asset managers.

The survey found that security was cited by 68% of respondents as their biggest concern. The report said: “While cryptography is a core component of the blockchain infrastructure, nine out of 10 respondents worry about how security implementation in blockchains will address existing and future requirements, an issue that the industry needs to tackle in order for wide-scale adoption.”

In addition to choosing technologies, State Street had to decide which model would be best to transfer these new technologies into the business.

“We are exploring three parallel paths to testing blockchain use-cases – development and testing use-cases within our own internal labs, industry engagement through R3 and the post-trade distributed ledger group in Europe, and testing and development with select start-ups in this space,” said Sheriff. “Each of these initiatives serve different purposes and are largely complementary to the other paths. We continue to explore new opportunities for collaboration and new use-cases and the mix will change as we continue to learn.”

R3 is a consortium of more than 50 financial institutions aiming to design and deliver advanced distributed ledger technologies for global markets. The consortium recently unveiled Corda, its shared ledger platform, and Toyota Financial Services became a member last week. Chris Ballinger, chief financial officer and global chief officer, strategic innovation at Toyota Financial Services, said in a statement: “Beyond finance, we believe additional applications of the technology in auto manufacturing and sales will benefit our customers by making mobility more affordable and available.”

Last December State Street also announced a partnership with University College Cork in Ireland and Zhejiang University in China to establish a research and development technology centre at UCC. By the end of this year the centre will consist of 20 students from both universities who will have the choice of joining State Street when they graduate.

“The ETC has positioned us as forward thinkers in our industry, it has changed how we engage and are in turn perceived by our clients, but most importantly it has changed how State Street, our leadership, our employees view innovation,” added Sheriff. “The last few years in our industry have been tough years, in this context, it helps our young talent see the broader tech-enabled vision that we as senior leaders get excited about and are working hard to make real.”

Hu Liang, head of ETC, gave a presentation at a TED-curated event of speakers from across the State Street on the firm’s involvement in social trading – using the collective intelligence of crowds from social media to influence investment decisions. Liang said the firm first looked at the social investment space in 2008 and then had a second chance in 2011 in partnership with a start-up.

“In December 2011 we launched a platform including social trading for a Japanese broker,” said Liang. “The platform attracted more than 55,000 users of whom 25% actively traded, compared to the average of 10%, and the account life span tripled.”

State Street’s ETC will be hoping for similar success. Sheriff said: “The ultimate measure of the success of the ETC will be whether we have identified new technologies and successfully understood, nurtured and integrated them into the business.”