Market Data: How to Create Competition and Restore Fairness

John Ramsay is the chief market policy officer at the IEX Group.

For many years, the cost of stock market data – the real-time quotes and trade prices for all stocks that trade on national exchanges – has been a source of frustration for brokers and traders.  It is also increasingly a concern for investors because the cost burden ultimately falls on them.  The heart of the problem is that the exchanges that are the source of the data are monopoly providers, and in recent years they have been able to increase prices seemingly at will.  To understand this issue, you need to understand that it was not always this way, and it was not supposed to be this way. 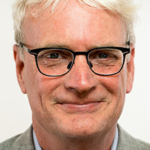 Until the 1970s, the exchanges restricted access to their own stock price data to their members, which helped to increase the value of exchange memberships but limited who could see current prices.  By 1972, though, the SEC decided it was necessary to create a new national market system linking the various disparate markets that existed at the time, in order to increase access to the markets and make trading more efficient.  The SEC had a vision to “make information on prices, volume, and quotes for all securities in all markets available to all investors.”  This wasn’t just idealistic – it promised huge practical benefits, because making high-quality data widely accessible encourages participation by more investors and strengthens confidence in the fairness of the system.

The exchanges did not embrace this idea; in fact, the New York Stock Exchange said at the time it was beyond the SEC’s authority and even unconstitutional.  Congress put a stop to the argument in 1975 when it changed the law to give broad new authority to the SEC over data communication systems.  Congress authorized the SEC to create an integrated system of market data, available equally to professionals and average investors, and it empowered the SEC to force the exchanges to cooperate in creating this system.  The task would be accomplished by securities information processors, or “SIPs”, which would take in all the best bid and offer prices and reports of completed trades from all the exchanges and make a consolidated data stream widely available at reasonable prices.

SIPs were intended to function as public utilities, under the watchful eye of the SEC to make sure they were operated for the benefit of the public.  Two SIPs emerged, one covering just those stocks listed on the New York and American Stock Exchanges, another for Nasdaq stocks, with each one operating as an affiliate of the two biggest markets. The exchanges as a group were charged with managing this system, and despite their earlier resistance, because they themselves were industry cooperatives, they had a common interest with the users of the data in making the system efficient and keeping costs down.

It’s hard to overstate how revolutionary this change was, at a time when it was virtually impossible for any investor or firm to consolidate data from all the exchanges on its own.  All these years later, we are still the only country with “consolidated tapes”; the Europeans are now considering whether to adopt the idea.

How It All Went Wrong

The system worked well for many years, but changes in technology and regulation caused stock trading to become much faster and more complicated, which called for faster and more detailed data (beyond just the best bid and offer quote from each exchange) than the SIPs could provide.  At the same time, exchanges changed from cooperatives to public companies, and they discovered a great new source of profits in selling “proprietary data feeds” of their own that met these changing needs.  IEX is the one exception as a stock exchange that does not charge for its own market data.

Meanwhile, the SIPs have stayed frozen in time – two SIPs, one owned by NYSE, one by Nasdaq, each carrying data for only the stocks listed on its affiliated exchange and operating from a single location where its exchange operates.  As a result, the “public” data feeds have become largely irrelevant for trading (they are used as backups and to meet some regulatory requirements).  And SIP governance is still under the control of exchanges that have no reason to want the SIPs to be competitive with their own lucrative data feeds.  Some exchanges even overtly market their own data as a better alternative to the SIPs.  The conflicts of interest are obvious and acute.

Essentially, because those who are active in the stock markets need to be able to trade on all the exchanges, and to do so they need proprietary data, the exchanges have enormous leverage in setting prices and, in effect, deciding who can participate fully in the equity markets.  So here we are, stuck in this unhappy place where exchanges continue to squeeze brokers and investors with ever-higher fees to get the data they need to trade, while the same exchanges keep control of the SIPs and preside over a two-tier system.  The promise of fair and equal access to market data has fallen by the wayside.

How to Create Competition

An idea under discussion for several years is to update the SIP model by allowing private companies to apply to compete as data consolidators.  These new competing firms could operate much more flexibly than the existing SIPs and without the same conflicts.  They could operate in any or all locations where traders receive data today, rather than being rooted in a single location.  They could also obtain and sell more detailed data of the type carried on the proprietary data feeds.  The new consolidators would compete based on speed, reliability, and price, to the benefit of traders and investors alike.  Users would also benefit from the ability to subscribe to more than one SIP feed and maintain a back-up in case one fails, as occurred recently when the SIP run by the NYSE experienced problems.  In other words, market competition would be given a chance to achieve what a utility model no longer can: the benefit of expanded access to high-quality, low-cost market data.

For this idea to work, the SEC would need to play a key role in making the system truly competitive.  The new SIPs would need to have the right to obtain data from exchanges on non-discriminatory terms, like any other subscriber.  For example, the exchanges could not discriminate against the SIPs by using slower technology when sending data to them, compared to the technology they use to send data to their direct subscribers.  But the SEC would no longer be in the awkward and ultimately futile position of trying to oversee utilities managed by companies with hopeless conflicts of interest.

Exchanges would continue to sell their own data directly, which could be a better choice for some purposes, but users of market data would finally have viable alternatives, and that means competition would work to provide more and better choices and keep price increases in line.

A Call to Action

Equity markets function best when barriers to participation are low.  Market data fees represent a barrier that is too high and at odds with the better and once-prevailing view of market data as more a common resource than a source of profit for a few large companies.  If those who count on our capital markets believe that view should prevail again, now would be a good time to band together and reclaim it.