One year after the U.S. Commodity Futures and Trading Commission issued its rules governing Swap Execution Facilities, SEF trading volumes have yet to take off for interest rate swaps or credit default swaps, but this is perhaps more of an indication of subdued trading volumes by the buy side than a reflection on the liquidity being provided by SEFs.

“Things are going relatively well, all things considered, given the massive changes that have taken place in how the industry is required to trades swaps,” John Griffin, senior risk manager at the Hartford Investment Management Co., told Markets Media. “We have all been discussing the perceived liquidity, or lack thereof, in the market. A lot of firms just aren’t trading as much as they were prior to the SEFs going lives, so it’s not necessarily reflective of traders liking or not liking the new electronic platforms.”

“SEFs just might have launched at a time when volumes were slightly down especially if we’re looking at the summer months,” Griffin continued. “We’ll see if activity picks up during Q4 and into early 2015.”

Since the first mandates came into effect in February, there has been a steady migration of notional volume onto newer dealer-to-client (D2C) SEFs, which offer more standardized, exchange-like protocols, according to Tabb Group analyst Colby Jenkins. 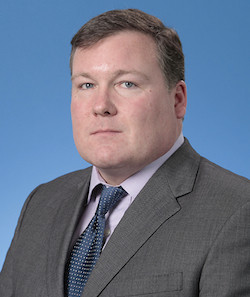 “While these client-facing SEFs may have captured less than 8% of notional flow for rates in the first few months, today that figure is upward of 35%,” Colby said in a report. “This flow also indicates an appetite for less traditional swaps trading protocols, such as electronic RFQ and Central Limit Order Books (CLOBs), reflective of the fact that survey participants anticipated that by 2015, 40% of the market will be traded via electronic RFQ, 31% via CLOB, and less than 25% via voice RFQ.”

Interest-rate swaps are slightly different when it comes to many trading strategies fitting neatly into those points on the curve which have been Made Available to Trade (MAT), Griffin noted. On the other hand, credit default swaps, particularly the indices, have been relatively well received on SEFs by traders.

“Traders seem to be pleased with the liquidity available in the CDX space,” Griffin said. “In the Interest-Rates Swaps space, you might not have seen as much volume as may have been expected simply because so many firms trade the non-MAT’d points on the curve as part of their underlying portfolio management strategies.”

Packaged transactions coming on line as mandatory for trading on SEFs will capture more of the volume the regulators are seeking to capture from a greater transparency and disclosure perspective, and, just last week, the first mandatory CDX rolls (including IG, HY and EM Indices), which used to be able to be traded off SEF, must now be traded on SEFs, according to Griffin.

Swap dealers are also facing new rules for calculating margin for non-cleared, Swaps, i.e. those swaps that are executed and settled bilaterally between counter-parties rather than being centrally cleared.

The Basel Committee on Banking Supervision and the International Organization of Securities Commissions have established a December 2015 deadline for national regulators to come up with rules that conform to guidelines issued by BCBS/IOSCO in September of last year for calculation of initial and variation margin.

From a bilateral perspective, the big impact is going to be on the initial margin amounts that banks are going to have to start charging.

“Because some bi-lateral Swaps can’t be as easily standardized to go on to a clearinghouse, much less an electronic trading platform, there is pressure to increase the capital banks are required to hold, which will ultimately result in increased initial margin requirements for the firms they face,” Griffin said. “This will most likely have the end result of reducing some leverage currently in the market as it becomes more expensive to put on that trade.”