Diversification and alpha generation are buzzwords at Sun Trading, which is investing in trading talent and expanding across asset classes and geographic regions amid a still-soft market.

By going on offense, the Chicago-based proprietary trader is demonstrating a belief that there will be payoffs from building out multi-asset-class capabilities, in the form of stronger and more consistent returns across market cycles.

Last week, Sun said it would buy New York-based Toro Trading, which specializes in quantitative options strategies, for an undisclosed price. The move marks a return to options for Sun, which had developed an ultra-low latency system for options trading in 2009 that it moved away from two years later to focus on diversification into other asset classes, geographies and trading methods. 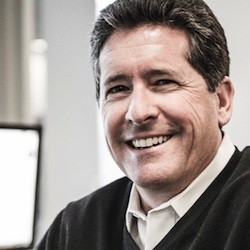 Sun expects the merged entity to be a leader in the options space, underpinned by the trading acumen of Toro’s team – led by principals Danon Robinson, Adam Besch-Turner, and Joshua Jackson – and Sun’s platform, broad market access and quantitative talent. When the purchase closes by September, a team of 10 from Toro will join Sun, Malo said.

Whatever the high-level aspirations of the deal, a common denominator that brought Sun and Toro to the table was that principals of both firms are traders, first and foremost. “Allowing the traders to trade” will remain the combined firm’s ethos, Malo noted.

Sun’s New York office space is being expanded to accommodate trading in asset classes beyond options. Talha Chaudhry will join Sun there as managing director, bringing extensive trading and risk management experience to the role with responsibility for recruitment and continued diversification, Malo said.

Sun was founded as an equities firm a decade ago by Jeff Wigley, an S&P 100 index options market maker and an early adopter of screen-based electronic trading. Wigley worked with Miguel Rivera, formerly with Hull Trading, to develop the architecture of Sun’s proprietary trading systems. Rivera currently oversees technology and technology risk for Sun.

In 2006, Sun opened a London office and began to trade in European markets. Foreign exchange capabilities and some fixed income strategies were developed in 2007.

“I joined in 2008 to help the business develop the necessary infrastructure in financial systems, controls, risk management, planning, HR and compliance,” Malo said. “What appealed to me…was the opportunity to apply all my past work experiences of building and growing a business applying my financial, technology and business-development experiences.”

Sun Chief Executive Bernie Dan, who led the Chicago Board of Trade from 2002 until its 2007 merger with CME Group, was already serving as an advisory board member for Sun Holdings when he became the firm’s president in December 2010. The first acquisition for Sun was Endeavor Trading in 2012, a repositioning decision to build out expertise in fixed-income markets including futures, cash, and basis trading.

Fixed income has expanded to represent a good part of Sun’s business, and futures will be a next initiative, Malo added. By way of geography, Sun already trades in Asian markets from Chicago and London, so it logically could expand to the Far East, Malo noted.

Sun does not rule out subsequent acquisitions, but for now, it will focus on making the most of the New York presence it’s gaining via Toro. The combined firm will have a staff of 86 in Chicago, 21 in London, and 11 in New York.

“Over the past two years, our management team has all been actively engaged in expanding our trading across asset classes and geographies,” Malo added. “My particular focus has been on the strategic transactions of Endeavor and Toro.  It’s been a total team effort to get where we are today.”