Surveillance Looks to the Future

From fraud prevention to compliance, Wall Street has been in the surveillance business for a long time. The future of surveillance will be characterized by firms moving away from siloed operations to take a holistic view across trading operations, communications, etc. to guard against rogue behavior, identify high risk activity and individuals, and to ensure compliance.

Surveillance algorithms that analyze order flow will become complementary to the analysis of other sources of information. Once suspicious behavior is noticed in order flow, the trader’s communication channels will be checked for activity around the time of the alert. Similarly, suspicious activity in IMs and phone conversation logs will trigger a thorough look at the order flow.

“Regulatory rules and punishable cases will set the direction for surveillance algorithms,” said Richard Chmiel, senior vice president at OneMarketData. “At the same time, manipulative trading strategies will evolve to avoid detection or to be just at the border of what is punishable. This will be an on-going arms race and an exciting time for surveillance and real-time order flow analysis.”

Surveillance will continue to increase as different forms of digital communication are invented, the price of disk space continues to fall, and the speed of analytics goes up. 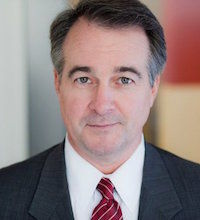 Already extensive logs are kept of user behavior; the major shift will come when banks delve further into the data they’ve gathered to identify patterns, various series of seemingly innocuous events that warrant further investigation. “In 3-5 years, or sooner, as analytics become better at prediction and move into prescriptive analytics surveillance will turn into intervention,” said Sweeney.

In the future, surveillance will become an essential part of financial operations. It will be fully integrated as part of the overall compliance and governance procedure rather than just added in as an afterthought. The technology will also continue to advance allowing better identification of anomalies, which reduces the need for investment in human resource to investigate the incidents found.

“The surveillance market is still in its early years,” said Chmiel. “Recent SEC cases and regulator rules made surveillance a high priority for many firms.”

Inherently, surveillance is not a clearly defined procedure. The purpose is to identify the intent to manipulate, and market manipulation includes any trading behavior which end goal is not order execution. What exactly constitutes manipulative behavior and when to generate alerts will be decided by the system designer.

“State-of-the-art surveillance solutions implement their interpretation of the manipulative behavior for a suite of common manipulative strategies such as quote stuffing, spoofing, and making the close,” said Chmiel. “The order flow of the clients is then analyzed for the presence of these strategies.”

Unstructured data such as IM’s, emails and the like are rife with information, and techniques are being developed, ranging from key word searches used in electronic discovery to semantic analysis to indicate a positive or negative sentiment, that financial institutions can use to paint a holistic picture.

“There are already banks analyzing Twitter feeds and Facebook posts for sentiment analysis to spot trends in the market,” said Sweeney. “They will likely turn that same technology inward to determine what they can learn about their traders. Without speculating on what the specific finding might be, it would be useful to know which traders over or under react based on news items and/or third party posts. The key thing about all digital communication is that it becomes so commonplace that people forget that it is surveilled.”