Sustainable debt issuance is set to reach more than $400bn (€369bn) this year after doubling in 2019 according to S&P Global Ratings.

Noemie de la Gorce, S&P Global Ratings credit analyst, said in a report: “While it still represents a minor part of global issuance, this share is increasing — to about 3.5% from less than 1% five years ago. We expect this growth to be a long-term phenomenon, with sovereign and regulatory interventions, particularly in Europe, acting as a catalyst for private issuance.”

She said in the report, Led By Green Bonds, The Sustainable Debt Market Looks To Surge Ahead, that green bonds will remain the main type of issuance but the market will diversify into other instruments. S&P continued that strong market fundamentals and continuing positive credit conditions in the private sector are likely to support the growth of green issuance.

Climate Bonds Initiative has estimated that green bond issuance could grow close to $300bn this year after achieving a record $238bn in 2019.

The investor focused not-for-profit organisation added that issuance last month was $14.3bn, 29% less than in January last year. The report said green sovereign bonds had a strong start to the year with $3.8bn just from the Republic of Chile.

In addition to green bonds, other sustainable debt instruments include social bonds, sustainability bonds, and sustainability-linked loans and bonds. The International Capital Market Associations has defined social bonds as those whose proceeds fund new and existing projects with positive social outcomes such as improving food security and access to education, health care, and financing.

For example, BNP Paribas and the European Investment Fund launched a €10m fund to co-invest in social impact bonds in the European Union. If the social objectives are not achieved, investors may not be reimbursed.

We're happy to announce, w/@BNPPAM_COM, a launch of a €10M fund to co-invest w/the European Investment Fund in #SocialImpactBonds in the European Union. This fund is a real turning point for our support of the social entrepreneurship https://t.co/pb6crtk7oZ#ESS #ChangeNOW2020 pic.twitter.com/D8ux16wGyL

Paolo Gentiloni, European Commissioner for the Economy, said in a statement: “Already we have witnessed refugees in Finland being re-skilled and matched into jobs; and former military personnel being reintergrated into the workforce in the Netherlands. With this new SIB fund set up by BNP Paribas and the European Investment Fund, children and young people are already being protected, nurtured and encouraged to strive for more.”

S&P said investor appetite for other sustainable debt instruments will complement the continued expansion of the green bond market.

“Some investors also see these as more powerful than green bonds to embed sustainability into the company’s strategy because the environmental and social objectives apply to the whole company instead of a specific transaction,” added the ratings agency.

HSBC has estimated that the supply of social and sustainability bonds will reach between $75bn and $100bn in 2020.

Environmental, social and governance strategies also benefit investors and issuers. New research from Amundi Asset Management found that ESG investing is a source of outperformance for investment grade bonds from European issuers, but the opposite for American issuers. The European fund manager also found that issuers with higher ESG scores have lower cost of capital than issuers with lower ESG scores for the same credit rating.

🌱 [Instit Invest]
"We have crossed the Rubicon: the positive relationship between #ESG and performance in the 2014-19 period shows that ESG is materializing to the point that it has become a factor"
Read ESG's evolution analysis on our #ResearchCenter ⤵https://t.co/EJDnYmTUzK pic.twitter.com/jZtDov9DEw

Last year Europe represented close to half of new green and sustainable debt issuance according to S&P and the European Union agreed a green taxonomy. 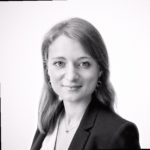 “We believe this constitutes one of the most important developments in the sector in recent years, by creating a standardized taxonomy for defining eligible projects and helping to dissipate fears of greenwashing,” added de la Gorce.

Green issuance from European banks overtook Chinese banks for the first time in 2019, with French banks such as Societe Generale and Credit Agricole leading the way, according to ratings agency.

In addition in December last year the European Commission announced its Green Deal to become the first “carbon-neutral continent” by 2050.

Dominic Kini, credit strategist at HSBC, said in a blog last month that the Green Deal will require €260bn of additional investment by 2030, which aims to mobilise at least €1 trillion in investment, most of which will have to come from the private sector.

“The Green Deal should provide a strong tailwind to green bond issuance,” he added. “A record $228bn of green bonds were issued in 2019 and we now expect issues this year to total $250bn to $300bn.” 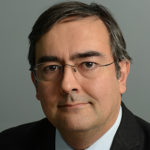 HSBC said last year’s issuance was 49% higher than 2018 with Europe’s share rising to 64%. The bank estimated there are $647bn of green bonds outstanding with 44% issued by European organisations.

However S&P also warned that despite the potential increase in issuance, there will still be a gap between available sustainable debt and investments needed to transition to a low-carbon and climate-resilient economy, which the United Nations has estimated to be at least $60 trillion by 2050.

ESG also matters in equity markets as investors are willing to pay more for shares of firms that give more to charities according to new study by Augustin Landier of HEC Paris Business School. Jean-François Bonnefon of Toulouse School of Economics, and Parinitha Sastry and David Thesmar of MIT Sloan.

“Firms that are socially harmful – those exercising a negative externality of $1 on a charity in the researchers’ experiment – are valued $.9 less than other companies which are socially neutral,” added the report.

Landier and his colleagues ran an experiment with participants recruited via Amazon’s Mechanic Turk, an online platform that allows requesters – mainly researchers and businesses – to post small-scale tasks to be completed by volunteers. They said their research shed new light on the debate around corporate social responsibility and the maximisation of shareholder value.

“Many call for firms to integrate social concerns into their objective functions, thereby challenging Milton Friedman’s classic statement that the social responsibility of business is to increase its profits,” said the report. “According to these voices, firms should sometimes accept to make decisions that hurt their profits in order to benefit society. Our study shows this can actually have a positive effect on the stock price, because shareholders do value the ethical dimensions of the firms they invest in.”