Wholesale brokers are critical of what they view as attempts by regulators to impose a market structure that was created for the futures industry on to the OTC swaps markets, which, they say, is fundamentally different.

The central issue discussed at a roundtable at the Sefcon III conference in Manhattan on Tuesday—a gathering devoted to swap execution facilities (SEFs)—was the impact that new regulations being crafted by the Securities and Exchange Commission and Commodity Futures Trading Commission under the Dodd-Frank Act would have on liquidity for swaps, many of which are traded by voice or a voice-electronic hybrid.

Under Dodd-Frank, most swaps will be required to be executed on a marketplace and centrally cleared, as well as reported to swap data repositories. 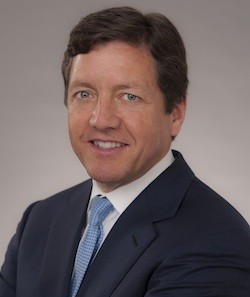 “Different execution models will work for different swaps based on liquidity,” said Rick McVey, chairman and chief executive of MarketAxess, an operator of a U.S. electronic fixed income exchange. “In the debate of futures models versus OTC, we want a level laying field on things like margin calculation and taxation, so that OTC can compete with futures.”

Inter-dealer brokers such as BGC, GFI, Icap, Tullett Prebon and Tradition are in the process of developing swap execution facilities for trading swaps.

In addition, specialized platforms such as those developed by electronic marketplace operators MarketAxess and Tradeweb have emerged for trading fixed income derivatives like credit default swaps (CDSs).

For regulators to apply the same approach to regulating SEFs as they apply for the futures exchanges would be illogical given the great disparity in trading volumes, dealers say.

“In CDS, if you’re dong a few hundred OTC trades electronically each day, that’s a lot,” said McVey. “But what has been proposed by the regulators in terms of compliance and surveillance resemble those for exchanges, which have millions of transactions each day.”

The CFTC has proposed that participants using a request-for-quote facility must send the request to at least five participants. Requiring bids or offers from five dealers may make dealers hesitant to price the transaction aggressively as at least four other market participants would know their position, and could reduce liquidity.

Additionally, SEFs must provide a general timing requirement applicable to traders such as brokers who have the ability to execute against a customer’s, known as internalization, or are entering a trade for two customers on opposite sides of the transaction, which is known as crossing.

Under the CFTC’s proposal, a broker would have to provide a minimum pause of 15 seconds before entering the second side—whether for its own account or for a second customer—during which time the order would be exposed to other market participants and allow them to join in the trade.

Brokers argue that the 15-second delay is a carryover from the futures and options world, where exchanges typically require a delay in order to prevent manipulative pre-arranged executions, and isn’t applicable to the trading of swaps on SEFs, which lack a central order book.

“When you look at how much derivatives trading takes place on interest and credit, a meaningful percentage is moving toward venues that are aspiring to be SEFs,” said Jon Williams, managing director and head of U.S. markets at Tradeweb.

McVey at MarketAxess added: “[SEFs] have seen significant growth in swaps trading. There are plenty of choices in terms of trading protocols, such as RFQ [request-for-quote] versus central limit order book. Most trading that’s done electronically is being done on aspiring SEFs rather than exchanges, and for good reason given the amount of liquidity that SEFs provide.”

Extraterritoriality is another burning issue, with firms planning to open SEFs arguing that the SEC and CFTC are micromanaging the “trading protocols” under which U.S.-based SEFs will operate, to the detriment of U.S.-based swap dealers.

“The major sticking point is protocols, and the rigidity of protocols in the U.S. versus Europe, where they’ve established MTFs and OTFs without getting into the intricacies of protocols,” said George Harrington, global head of fixed income trading at financial data vendor Bloomberg. “Participants will vote with their feet.”