Kay Swinburne, MEP in the European Parliament, warned that U.S. insolvency laws are the “elephant in the room” preventing global coordination on resolution regimes for central counterparties.

Swinburne is also a member of the Economics and Monetary Affairs Committee in the European Parliament. She spoke on a Nov. 26 panel at at the Exchange of Ideas conference organised by Eurex Clearing in London. 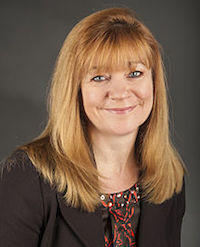 When discussing resolution regimes, which will come into force to deal with failure of a CCP, Swinburne said regulators hope that market participants force CCPs to adopt the highest standards but consistent global rules are important.

“I was in Washington recently and it is not at the top of the agenda for many institutions who feel they have done enough,” she added. “There is no client segregation in the US, as here in Europe, as the US believes that clients should absorb losses at an early stage which is not acceptable to European customers. The big elephant in the room is US insolvency law which prevents what we would consider best practices.”

Stuart Anderson, vice president of derivatives at BlackRock agreed that the market has a role to play in performing risk assessments on CCPs and choosing those that are considered the safest, rather than just the cheapest.

“We would not trade over-the-counter contracts with any counterparties where we have concerns, and the same applies to CCPs,” he said. “You have to prove yourself as the safest entity.”

Olivier Guersent, deputy director general of the Internal Market Division at the EU Commission said the first legislation introduced by Lord Hill, the new EU commissioner for financial services, will cover recovery and resolution of CCPs.

Recovery is the ability of a CCP to recover from a threat to its viability and financial strength so that it can continue to provide critical services. Resolution is the orderly winding-down of a CCP by the relevant authorities which would only take place only if recovery fails or is not desirable. Regulators are trying to put procedures in place to prevent resort to taxpayers to bail out CCPs in the event of another crisis.

Guersent said it is intended that the EU legislation complies with the international standards laid out by the International Organization of Securities Commissions (IOSCO) and the Financial Stability Board in their respective reports. He said the European Market Infrastructure Regulation already places stringest requirements on CCPs, such as having the financial resources to cope with the failure of their largest two clearing members.

“It is our job to try to foresee the unforeseeable and we need to have a plan,” Guersent added. “The proposal should be adopted in 2015 but my experience of working on the bank resolution regime is that that it took much longer than we though it would.”

Thomas Book, chief executive of Eurex Clearing, also spoke on the panel. Book said: “We are supportive of legislation that clarifies the authority of revolution authorities as it is critically important to ensure continuity of clearing services in a crisis. Ringfencing of losses is very important and legislation is in the interest of CCP systems.”

Swinburne added that CCP resolution needs to have some crossover with the bank resolution regime, especially as the largest banks are the largest clearing members.

She asked: “Could there be a TLAC concept as for banks or could CCPs have a prefunded recapitalization fund which excludes convertible instruments?”

The FSB has proposed that the most systemically important banks should have a total loss-absorbing capacity (TLAC)  of up to a quarter of their assets, weighted for risk, with national regulators having the discretion to impose tougher standards.

Nick Forgan, co-head of global clearing, JP Morgan said on a panel that standardised stress tests should be required across CCPs and it is likely that clearing members would have to increase their contributions to CCP default funds.

Book said that European CCPs have the strongest capital requirements and he is hoping that these are rolled out internationally.

“CCPs used to be covered by the unlimited funds of their clearing members but that is no longer the case,” Book added. “We have to be careful to get the right balance between CCP members so they are incentivised to support recovery rather than resolution.”