Dr Kay Swinburne, MEP, vice chairman of the economic and monetary affairs committee at the European Parliament, has warned that the United Kingdom cannot rely on equivalence for mutual  access to European Union markets after the country leaves the trading bloc.

After Brexit, the UK will lose the ability to passport financial services across the remaining EU 27 member states. One suggested alternative is to use the equivalence regime under which the European Commission can recognise that the regulatory or supervisory regime of certain non-EU countries is equivalent to the corresponding EU framework.

Swinburne gave the keynote speech speech at the Association for Financial Markets in Europe’s MiFID symposium hosted by law firm Linklaters in London yesterday. She explained that equivalence has been introduced on an ad-hoc basis in different pieces of legislation but was never meant to be relied upon. 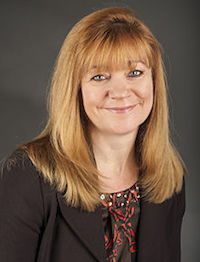 “If I had known the UK would have relied on it in any way shape or form, we would have drafted equivalence a lot better in MiFID,” she added.

Swinburne continued that equivalence is also only available on a country, and not a venue basis, although this could be reviewed.

“If the UK is too important to the EU financial system for equivalence, then it needs a bespoke deal which should be in free trade agreement,” Swinburne added. “I think we will end up with a hybrid between the two options.”

Peter Bevan, partner at Linklaters, said in a presentation at the AFME forum that equivalence is solely decided by the European Securities and Markets Authority, which would result in the UK becoming a rule-taker after Brexit, and that Esma can withdraw equivalence with 30 days notice.

He also highlighted the MiFID II requirement for EU securities to be traded on an EU authorised venue such as a multilateral trading facility, an organised trading facility or a systematic internaliser. “There is no concept of an OTF, MTF or SI outside the EU,” added Bevan.

This could, for example, cause issues for UK-based firms who currently provide direct electronic access for their clients to EU-based trading venues. Bevan also said that after Brexit, the UK has to decide whether UK securities should only be traded on UK venues.

Swinburne continued that the initial impact of MiIFD II has been positive across asset classes. However, she said regulators will be analysing the new data begin gathered and will make changes to ensure that their intent is being met. For example, SIs were intended to compete fairly with other regulated venues, rather than by decreasing tick sizes.

“SIs should compete on a level playing field,” she added. “A fund manager using an SI just because of a small price difference will not be meeting their best execution requirements.”

There have been complaints that MiIFD II has led to fragmentation across many venues and it is expensive for fund managers to collect the necessary data to meet their obligations. Swinburne said regulators want a consolidated tape covering the European Union which is free at source

“We want a democratisation of data,” she said. “There is an opportunity for the market to develop a tape but regulators will intervene if necessary.”