Machines on Wall Street have expanded their influence over the years such that automated programs now generate an estimated four of every five orders in the U.S. stock market.

“Systematic trading is a very big part of the market,” said Kevin Chen, co-founder and chief investment officer of Three Mountain Capital, which deploys a discretionary global macro strategy. “From an execution point of view, 80% plus of the orders in the market are traded in a systematic fashion.”

Those trades generate opportunities for human traders “because a lot of those orders are really driven by nonsense from trading signals,” he said. “If we have relatively longer-term views, then we definitely can benefit from it.”

Discretionary funds have outperformed systematic funds in recent years in terms of absolute returns, taking advantage of the fact that markets during this period have generally been rising, according to a June 2014 report by Preqin.

“However, it has been shown that systematic hedge funds outperform discretionary hedge funds in troubled markets, which was the case in 2008 and 2011,’ said the report. “Establishing which type of fund is right for investors very much depends on the fund strategy, the risk profile of the investor and the general market conditions.” 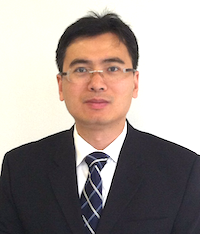 Chen spent the earlier part of his career at Morgan Stanley, initially as a quant analyst developing systematic trading program, and later worked for Amundi, where he managed a multi-billion dollar portfolio. He began his career as a foreign exchange trader at China Development Bank in 1998.

He credits his time working at the FX desk with providing the experience needed to be successful in trading other asset classes. “The FX market is extremely efficient and extremely volatile,” he said. “It is not like equities or bonds. There’s really no intrinsic, deep support level.”

He pointed to the recent collapse of the Swiss franc as an example. The Swiss National Bank’s sudden decision to discontinue supporting the exchange rate of 1.20 Swiss francs per euro served as a stark reminder that sudden volatility swings that can wreak havoc on financial markets. “The Swiss franc dipped 20% overnight, and some hedge funds were wiped out because of this,” he said. “The FX market provides a good training ground for other asset classes.”

Alongside CEO Andrew Hoover and COO Patrick English, Chen co-founded Three Mountain Capital in 2013. The company has been open to investors since late 2014, and currently manages about $10 million. “The approach is very thematic driven, and uses a medium- to long-term holding period,” he said. “Opportunities are everywhere now.”

“We look at the risk and return profile of different asset classes and identify the most attractive opportunities, and then build long or short positions. We do not trade any single stocks, so we are truly global macro in a sense that we only focus on the major asset classes.” Chen deploys exchange-traded funds and options to implement views. Of late, he has been focusing on U.S. treasuries, European equities, gold, crude oil, and emerging market equities.

Chen believes U.S. equities, while not cheap, are fairly valued with stock repurchases supporting prices at a high level. European equities, on the other hand, have cheaper valuations, and emerging markets are at both ends of the value spectrum. Some of the emerging market countries, like Russia and Brazil, are in big trouble, whereas the consumer export product-driven countries like China and India, the markets are very strong, Chen said. The Shanghai market, for example, was up 22% for the last 30 days, he said.

“It’s very hard to say emerging markets, as a whole, are doing great or doing badly because some countries are in crisis and some countries are in a big boom,” he said. “India’s equity market has been going through new high over the last year, and every now and then it will surge and surge again.”