While Europe makes the transition to T+2 settlement, efforts are underway to make T+2 a reality in the U.S.

Depository Trust & Clearing Corp. has formed an industry steering committee and an industry working group to facilitate the move to shorten the settlement cycle in the U.S. for trades in equities, corporate and municipal bonds, and unit investment trusts. The move from the current three-day settlement cycle, referred to as “T+3,” to a two-day or “T+2” cycle will reduce operational and systemic risk by limiting exposure and creating greater efficiencies in trade processing.

“The decision has been made to recommend T+2 settlement cycle in the U.S. market, Tony Freeman, executive director, industry relations at DTCC’s Omgeo subsidiary, told Markets Media. “A number of working parties have been formed to look at the various issues associated with the move to T+2. The groups are aiming for resolution of the timeline, in the first three to four months of 2015, so we think by April 2015 there will be a recommendation on the timeline.” 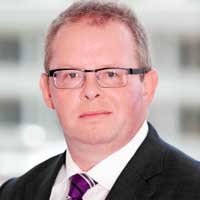 Settlement cycles vary across geographies and asset classes. Many European Union member states have moved to T+2 as of October 6, 2014, in advance of the mandate included in the EU’s Central Securities Depository Regulation (CSDR), which will take effect in January 2016. A number of markets in the Asia/Pacific region are already on T+2 or T+1, while others are looking to reduce their settlement cycle from T+3.

The level one phase of CSDR (the legal text) was published earlier this year, but the level two phase (implementation) is where the real work associated with T+2 will take place.

“The next phase, and probably the more impactful phase, is what’s in the level two regarding settlement discipline,” said Freeman. “There is a proposal on the level two rules that’s called the Settlement Discipline Regime, which is an approach towards failed trades, both to incentivize high rates of settlement and to penalize trades which actually fail.”

The market is already concerned about the level of penalties that could be applied in this area, and how much extra that cost could add to the industry. “But looking at it from the other perspective, it’s actually something of an incentive,” Freeman said. “This is an opportunity to improve settlement rates in the European market.”

The Industry Steering Committee (ISC) is responsible for overseeing the U.S. move to T+2 and the Industry Working Group (IWG), under the guidance of the ISC, is responsible for identifying and executing a tactical plan to implement the business and rule changes required to shorten the U.S. settlement cycle to T+2 in a timeframe that is acceptable for the industry. IWG members include a cross-section of industry participants.

A shorter settlement cycle will reduce risk by moving trades more quickly to settlement, enabling funds to be freed up faster for reinvestment, and reducing credit and counterparty exposure. It also reduces pro-cyclical increases in margin and liquidity needs that may occur during times of volatility.

“All these things need to be looked at. People need to be aware of how what re-engineering they need to do in the market, or whether the existing practices are acceptable to settle a trade on the T+2 basis,” said Freeman. “That’s the work that’s going on right now. The co-chairs of the steering committee come from industry trade associations, who are acting as the voice of the industry, and there are literally more than one hundred clients, firms, members, market participants involved in that consultation process.”