The Collateral Squeeze is On

Formerly a back office preserve, the task of managing collateral—if it were ever needed—used to fall to the person who pulled the shortest straw.

However, since the financial crisis, market participants and policymakers alike have begun to encourage its use to ensure that risk is better managed and the collateral process has now morphed not only into a compliance matter, but also a trading and risk consideration.

And this is only likely to continue with the introduction of regulatory measures such as the Basel III liquidity requirements and the shifting of standardized over-the-counter derivative contracts to a centralized clearing model, as demanded by the Dodd-Frank Act in the U.S. and Emir in Europe.

To add to this, there has been a simultaneous drop-off in the availability of high-quality assets to use as collateral, which is creating a ‘collateral squeeze’ across the industry.

“Too much haste in implementing multiple regulatory changes impacting collateral will lead to adverse consequences, which are already visible through the fear of a collateral squeeze,” said Godfried De Vidts, the independent chairman of the Collateral Initiatives Coordination Forum, a grouping of European trade associations representing a broad range of financial market participants internationally.

Then there is the problem of what collateral will be accepted by clearing houses once the new rules kick in. At first, clearing houses said they would only accept high-quality government securities or cash as collateral in this new world—which dealers and hedge funds may well be able to meet but big buy-side institutions such as pension funds and insurance companies would struggle too as their portfolios rarely contain cash.

Clearing houses, though, could now be relenting on this with CME now accepting less risky corporate bonds and Eurex saying they will take equities as well—both more risky mainstays of institutional investor portfolios.

Regulations surrounding eligible collateral have not yet been finalized with market participants pushing for more risky assets, such as equities, to be allowed in the final reckoning. Talk of securitization, to create extra collateral liquidity, is also on the table.

“I fundamentally disagree with this approach. That the industry is already thinking about repeating the sins of the past, by repackaging securities to create new collateral pools is frightening. Collateral should be simple, of high quality, liquid and easily-valued.  Competing on poor collateral quality sows the seeds for the next failure and subsequent crisis.”

Managing and optimizing collateral is now high on the agenda of firms so that they can remain competitive. Gone are the days of doing collateral management on just spreadsheets and databases.

“Collateral management and its optimization are major concerns for financial institutions at the moment,’ said Zeeb.

To optimize successfully, firms need to understand the make-up of the inventory of collateral, the opportunity cost of the use of their assets and all the characteristics of the requirements. They then need to target sophisticated algorithms running over this inventory to work out the optimal allocation.

The challenge, it seems, is to be able to mobilize effectively the flow of collateral inside and between organizations, by eliminating barriers to collateral flows and the development of an efficient market infrastructure to prevent severe adverse consequences to financial markets.

“Collateral is not being distributed efficiently,” said Zeeb. “And questions abound: ‘who can provide quality collateral on the large scales needed?’ and ‘how can we ensure that criteria defining such quality are not a sliding scale?’.” 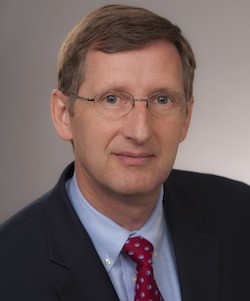 Settlement risk may also be reduced if a harmonized regime, such as the settlement of trades in two days, or T+2, can be implemented across the globe.

The European Commission is in the process of moving the settlement cycle across the region to T+2. Most European markets currently settle T+3, with the biggest exception being Germany, which is already on T+2. The U.S. currently settles on T+3 but there is talk that they may, too, follow the lead of Europe.

“T+2 is a good thing,” Jim Rucker, credit and risk officer at MarketAxess, an operator of a U.S. electronic fixed income exchange, told Markets Media. “It will certainly reduce risk in markets, although it requires a lot of reworking of systems and processes. I wouldn’t like to suggest it is trivial, but it would certainly reduce settlement risk in the markets.”