North American access to China’s secondary bond market has come a little closer as the TMX Group has started testing linkages between the Shanghai Clearing House and itself, according to exchange officials. 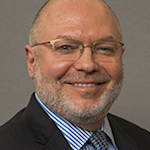 “We are hopeful that sometime next year that we could actually start doing transactions,” said Lou Eccleston, CEO of the TMX Group, during the company’s third-quarter earnings call on November 12.

The two organizations signed a Memorandum of Understanding in which both parties mutually support in obtaining governmental and regulatory approvals to create an efficient linkage between the respective bond markets in mid-October.

Eccleston views the relationship as beneficial for institutional investors in the US and Canada dues to Clearing Depository Services’ existing relationship with the Depository Trust Corp. south of the border.

“We already have been the renminbi hub for North America for a couple of years, so we leverage that as well,” he added. “So this is about leveraging an asset like CDS as well as our North American presence to help open the bond market.”

Trading likely will start in new issues since China lacks a robust secondary market, according to Eccleston.

As the TMX Group and Shanghai Clearing House move forward, and the parties get more color and more granular details regarding the scope of the bonds the TMX Group can support, John McKenzie, senior vice president and CFO of the TMX Group, expects the business eventually be similar to the CDS’ fixed-income trading and custody business.

“As we go along, we’ll be able to give you more guidance, but it’s too early stage at this point,” he added.

McKenzie also was wary of describing the new relationship as an investment by the TMX Group.

The TMX Group also has entered into a MoU with the China Central Depository & Clearing Corp. to initiate a feasibility study for mutual access models and evaluate future trade opportunities.