Luc Fortin, president and chief executive of the Montréal Exchange and global head of trading at TMX Group, said the extension of the Canadian exchange group’s hours to cover London will boost volumes.

Fortin told Markets Media: “The most material impact on our business will come from extending to include London hours in October as we will be open for trading from 2:00 am Eastern time to 4:30 pm. Other exchanges with extended hours have seen volume growth of between 15% and 30% over time, as flow begets flow.”

Lou Eccleston, chief executive of TMX Group, said in the firm’s first quarter results this year: “This initiative is in line with MX’s mission to be a client focused and globally recognized leading derivatives exchange, as it will allow domestic and international clients to manage their exposure to Canadian markets during non-regular Canadian business hours.”

"We are going to be a global business by growing a business globally," TMX CEO Lou Eccleston said to Richard Repetto at the 2018 Sandler O'Neill conference today, when speaking on key growth initiatives within #derivatives, capital formation and #data solutions. pic.twitter.com/eU9TeO7Fmd

Fortin continued that the extension to London hours is the first phase and the exchange will watch how the market evolves before moving forward. “The second phase could involve a collaboration with an Asian exchange,” he said.

With respect to Asia, Fortin argued Canada is “uniquely” positioned as a renminbi trading hub to connect China and North America. In 2016, TMX signed a memorandum of understanding with Shanghai Clearing House to evaluate joint opportunities.

Fortin said TMX also gained staff in Singapore through its acquisition of Trayport,  a technology provider for energy traders, brokers and exchanges. The Canadian group completed the £550m ($730m) purchase of Trayport from Intercontinental Exchange in December last year. At the same time TMX sold the Natural Gas Exchange and Shorcan Energy Brokers to ICE for £200m.

He is responsible for derivatives, fixed income, private markets and equity trading businesses at TMX which owns the Toronto Stock Exchange, TSX Venture Exchange and TSX Alpha Exchange in addition to the derivatives-focussed Montréal Exchange. He joined the Montréal Exchange as managing director, derivatives trading in 2016 from HSBC Bank Canada where he had been Canadian head of the institutional client group. Prior to HSBC, he held senior leadership positions at TD Bank and TD Securities.

Another TMX growth initiative is to launch futures that cover the the middle of the Canadian yield curve. 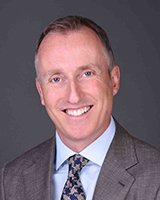 “Re-invigorating futures in the middle of the curve will also hugely move the needle in fixed income as we will now be able to cover the whole yield curve; from the short-end to long-end,” added Fortin. “We have sent out RFP’s to potential market makers and have gotten great responses.”

In June last year TMX Group said it would be implementing a single, integrated technology platform for Canada’s clearing and settlement businesses and one advantage of the initiative that it will make it easier to introduce new products. The platform, TCS BaNCS for Market Infrastructure, will replace the legacy systems used by the Canadian Depository for Securities and the Canadian Derivatives Clearing Corporation, the country’s central clearing counterparty.

“Glenn Goucher, president, CDS and CDCC has been leading the initiative to upgrade our post-trade platform,” said Fortin. “This will make it quicker to launch new products once it is completed.”

Ian Russell, president and chief executive of the Investment Industry Association of Canada, said in a statement: “The balance sheet efficiencies achieved by the dealer community through this critical market infrastructure increases their capacity to provide market liquidity.”

The exchange is also preparing for the potential move to digital assets and currencies.

Fortin said: “The Shorcan Digital Currency Network has entered into an agreement with Paycase Financial to launch a new cryptocurrency brokerage service focused on Bitcoin and Ether. As the transition to a digital economy continues, the market requires reliable brokerage services and an aggregation of data across crypto exchanges.”

Shorcan DCN,  a subsidiary of TMX Group, announced the agreement with Paycase, a Toronto-based, value network and trustware provider for decentralized financial services, in March this year. As well as establishing brokerage services, Shorcan DCN and Paycase will create proprietary-based cryptocurrency benchmarks based on consolidated data from the largest crypto exchanges together with over-the-counter volume.

TMX Group and the Bank of Canada also launched Project Jasper, a collaborative research initiative with Payments Canada, in March 2016, to experiment with an integrated securities and payment settlement platform based on distributed ledger technology.

In May this year the working group, which also includes Accenture and R3, confirmed that the project completed an instant, end-to-end equity settlement for tokenized securities on DLT for the first time. TMX said Jasper III is currently the only proof of concept that maintains privacy for market participants and their transactions, without providing the same visibility to other participants on-ledger.

John Lee, managing director, enterprise innovation and product development at TMX Group, said in a statement: “This is an impressive achievement and financial technology milestone for Canadian capital markets. That said, more work is needed to closely address remaining complexities as the group moves forward with the crucial tasks necessary to effect substantive, transformative change in global markets.”

Next steps will include the publication of an industry white paper in the coming months.

One of the fastest growing areas in asset management is exchange-traded funds. TMX Group said the ETF sector on Toronto Stock Exchange had reached a record C$150bn in assets under management at the end of April.