Sign up to receive exclusive articles on topics including: Select one or more newsletters you would like to receive:
Close popup
Featured
By Michael Paulus
Daily Email Feature

Trace Reporting For Treasuries: One Step at a Time 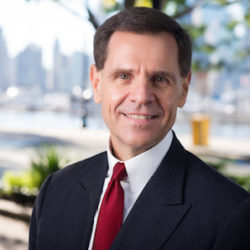 The ongoing regulatory initiative to bring more transparency to the U.S. Treasury market holds promise. If regulators have more data, they will be able to oversee markets more effectively, which would, in turn, boost the confidence of market participants. More confidence in markets results in deeper liquidity and tighter spreads, which benefits the end user through lower trading costs and helps the U.S. Treasury fund the U.S. Government at the lowest cost to the American taxpayer.

But TRACE Reporting of Treasury Securities isn’t without a certain amount of risk. The project could be detrimental to the market if the public dissemination of U.S. Treasury trade data is implemented without proper due diligence on how trade reporting affects the institutions whose order flow is the lifeblood of the market. Should public dissemination of trade data in a way or timeframe that compromises the confidentiality of trade intent, institutions will find it costlier to trade. Those institutions could reduce their Treasury trading (at least in the U.S.), resulting in less liquid and costlier-to-trade markets.

FINRA member firms have been required to report transactions executed in Treasury securities since July 2017. In a joint FEDS Note and Liberty Street Economics blog post published by the Federal Reserve in September 2018, it was noted that for regulators, “the TRACE data offer new insights into the previously-opaque IDB voice, DTD, and DTC segments of the Treasury cash market.”

The post also noted that “the collection, scope, and analysis of the Treasury transaction data in TRACE is still in its very early stages.” Indeed, at this time, transactions need to be reported within one day, and only to regulators — which effectively means no market impact. In addition, a significant number of market participants do not report Treasury transactions as they are not FINRA members. According to FEDS Notes (28 September 2018) these “include banks, bank branches of dealers, PTFs and buy-side institutions”.

Treasury trades are not being published right now, unlike in the credit markets where TRACE was implemented in 2002, and since expanded to require all corporate-bond trades to be reported to FINRA within 15 minutes. With Treasuries, regulators are working on what makes sense to release and when to release it, and markets are debating those same questions.

As an operator of a trading platform for off-the-run Treasuries and TIPS, OpenDoor Securities has a great interest in this debate. Our advice to regulators has been to proceed carefully and step by step, as they did in the credit markets. Summon the information, release a limited amount of information at an aggregated level and with a time lag. Observe how markets digest the information and whether there are any unintended consequences, and then reassess. If one incremental step works, then increase the amount of information, perhaps with less of a reporting time lag, and reassess.

Craig Phillips, Counselor to U.S. Treasury Secretary Steven Mnuchin, indicated this deliberate path is the one being taken. In Dec. 3 remarks delivered at “The Evolving Structure of the U.S. Treasury Market: Fourth Annual Conference”, he said, “We continue to examine the appropriate level of public dissemination for the TRACE Treasury data. Many of our investors agreed that a policy of publicly disseminating some form of the data to improve volume transparency could enhance secondary market liquidity.”

“However, we also recognize the uniqueness of the Treasury securities market and that the ability of our investors to transact in meaningful size is a critical feature of the market,” Phillips said. “Therefore, we plan to work towards first fixing the data issues and making the data more complete before considering a policy to disseminate TRACE data.”

Phillips’s comments were encouraging, and TRACE reporting in the credit market is a good blueprint.

What could go wrong? Well from a historical perspective, we can look at the currency market, where at one point U.S. policies drove some dollar trading offshore. We’re not saying there’s a real danger of the Treasury market moving out of the U.S., but if trade-reporting requirements are onerous, there’s a chance some trades will move to offshore centers.

Regulators are fully aware of this risk of course, so what they’re trying to do is strike the right balance — gather as much of the data on what is being traded in Treasuries as possible, without releasing any data that would make people want to trade big amounts somewhere else, somewhere where they don’t have to report.

That is the challenge for regulators. We are supportive, hopeful and optimistic they will succeed.