It’s become all about the data.

Research used to drive the equities trading bus but now it’s data – from how to get it to getting it faster and now in the spotlight, what providers are charging for it. Two of the largest providers of market data are exchange operators Nasdaq and NYSE and they are taking a stand against the argument made by some, including certain regulators, that they are charging abnormally inflated amounts for their data feeds.

Just last week, as previously reported by Traders Magazine, the two jointly submitted a comment letter to the Securities and Exchange Commission requesting again an opportunity to make an oral argument before the Commission on the topic of fees and the cost of data. The request comes as the SEC prepares to release findings of its own data fee inquiries and makes suggestions as to what to do, if anything. The two exchange operators also jointly made a brief case and statement to the SEC’s Division of Trading and Markets Brett Redfearn at the 85th Annual Security Traders Association Market Structure conference in Washington D.C. The goal – get their views heard before the SEC’s Access Fee Pilot is initiated, which is sure to reveal much about the nature of data fees and how they impact the trading process. 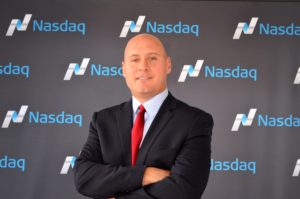 With all this going on, Traders Magazine got the opportunity to sit down with Oliver Albers, Global Head of Strategic Partnerships for Nasdaq’s Global Information Services, who discussed enhancements for making the U.S. equity markets fairer, more transparent and more competitive.

“Here at Nasdaq, we often say, information is the lifeblood of markets,” began Albers. “That’s especially true in today’s digital era, and it’s not hyperbole. Market data is far more than simply a collection of buy and sell orders communicated on stock-trading platforms. It’s the collection and curation of billions of individual data points that are the essential fuel for the entire market in real time. Competition and innovation have given individual investors access to state-of-the-art analytical tools and market data at little to no cost.”

Oliver Albers: What we think of as the “stock market” is actually a fiercely competitive business in which about a dozen different U.S. regulated securities exchanges and dozens of alternative trading systems compete for every order that is placed by an investor, no matter where the stock is listed or who owns it.

To protect investors, the federal government has mandated that exchanges consolidate all the price and trade quotes together in a real-time data feed for the market as a whole. This consolidated market data feed is typically referred to by the acronym SIPs, which stands for Securities Information Processors. The two SIPs helps brokerage firms meet the SEC’s requirement that they give investors the best price execution on every trade, and give individual stock, ETF and mutual fund investors an accurate and reliable market benchmark.

Because it is a government-mandated data product, data from the SIPs is sometimes called the “public feed” or “consolidated feed,” to distinguish it from the highly competitive, optional “proprietary” market data products that the competing exchanges sell to vendors, media companies, brokers, asset managers, and funds around the globe.

Despite the highly competitive market data industry and low and decreasing costs to market participants, there have been a few critics recently asserting that market data and access fees are overcharging investors. To my knowledge, these statements have not been substantiated with supporting evidence or data. In fact, Raymond James analyst Patrick O’Shaunessy recently noted, “The reality is that due to the competitive nature of market making and equity brokerage, market data and connectivity fees are absorbed by the broker/dealer community and rarely, if ever, passed on to the end investor.” Regarding proprietary data, the report also concludes “the SEC’s own administrative court has repeatedly found that the exchanges’ proprietary market data is subject to significant competitive forces and therefore past pricing actions have been fully consistent with the law.”

TM: Are the SIPs fast and cheap or slow and expensive? Are they good enough or should they be reformed?

Albers: The SIPs provide literally a “real-time” stream of market data that is most often delivered for free to the individual investors that the SEC is charged with protecting. It is lightning fast—and it’s been getting faster. It used to be true that SIP data was markedly slower than data that principal trading firms – those that trade with their own capital rather than on behalf of investors and that often use “high frequency” trading techniques – could purchase directly from exchanges. However, for several years now, the differences have become negligible.

Financial analysts have challenged recent reports in the media about the SIPs, noting that SIP revenues have declined over the past decade, from $429 million in 2007 to $387 million in 2017, and, more importantly, noting that the SIPs have dramatically improved their performance. The data clearly shows that the financial analysts are correct. Since 2008 the SIP has delivered a four hundred fold increase in speed down to 16 microseconds for UTP trades (that’s 16 millionths of a second). For illustration, the SIP operated by Nasdaq today is more than 15,000 times faster than the blink of an eye, which takes a third of a second, or about 65 times faster than a camera flash. Over the same timeframe, and despite millions of dollars in infrastructure spend to improve the SIP, the total cost to investors for the SIP has gone down. SIP revenues for exchanges like Nasdaq have come down significantly and SIP revenues to off-exchange trading venues have gone up.

Aside from the speed at which information is gathered and distributed, the SIP handles 200 billion messages on average per day, twenty times more volume than a decade ago. These improvements—including significant cybersecurity and fraud-prevention investments by the Nasdaq and other operators—translate into higher overall market efficiency and resiliency. As participants have upgraded their throughput and technology, the exchanges have been able to keep up with their clients at the same time.

To be sure, the SIPs are critical infrastructure for our capital markets and must keep pace with technological change, which is why we agree with the SEC that we should constantly be looking for ways to modernize them, strengthen price discovery, and improve market quality.

TM: How do Nasdaq’s reform proposals address the way exchanges are paid for their contributions to the SIPs?

Albers: The essential components of equity market data are pre-trade best bid / best offer quotes — the stated price at which someone is willing to buy or sell a security – and post-trade reported transactions. The SIPs are the consolidated sources  for this valuable information.

However, not all pre-trade quotes are equally valuable. Some quotes result in a transaction. Some don’t. A stock quote that results in a trade is a more useful quote for the investing public—because it is the quote that most accurately signals the price at which a buyer and seller are willing to trade, and therefore allows investors to accurately “discover” the prevailing price.

If the goal of the SIPs are to improve the quality of the market, then the revenue formula should aim to encourage and improve the quality of quotes on public exchanges, where available liquidity is always on display. Nasdaq believes the formula by which competing exchanges are compensated for their contribution to the SIPs should be modified to reward higher quality quotes—because that ultimately incentivizes better price discovery and transparency for investors.

TM: Can you discuss Nasdaq’s proposal to increase choice and reduce costs for broker-dealers?

Albers: The U.S. government requires that stock brokers provide the latest SIP data when an investor’s trading decision can be implemented—to make sure the investor is getting the “national best” price available. This is known as the SEC Vendor Display Rule. However, there are many situations in which investors want to have a look at the market and may be perfectly satisfied and well-served with accurate prices from a single large-volume exchange such as Nasdaq. For those scenarios, some exchanges offer even lower-cost market data products for use by vendors, media portals, and broker-dealers to show clients reference prices when they are not implementing a trading decision.

The problem is that SEC guidance in 2015 on its Vendor Display Rule has created confusion among broker-dealers about when they must use consolidated SIP data and when they may rely on representative data from a stock exchange like Nasdaq. We are asking the SEC to clarify this rule, which could reduce even further the already-low market data costs for the investing public, without negating brokers’ obligation to provide best price execution when an investor trades, which remains sacrosanct.

TM: Nasdaq is also proposing reforms to SIP governance. What is your aim here?

Albers: The SIPs are governed by a committee of operating exchanges. Other stock market participants like broker-dealers are represented on advisory committees that provide guidance to how the SIPs are run. Nasdaq believes that the authority of the advisory committees should be expanded and the general investing public should also have more of a voice on these committees.

However, with this additional responsibility, there should also be additional requirements for industry participants to provide transparency regarding their interest in SIP issues, subjecting them to the same rules on conflicts of interest and confidentiality that the exchanges operate under. Modernizing governance in this way would be good for the functioning of the SIPs as a true public-interest partnership between exchanges and the industry, while helping to acknowledge and mitigate potential conflicts of interest among committee members.

TM: There has been a lot of discussion on competing SIPs or Distributed SIPs.  What is Nasdaq’s stance here?

Albers: The facts and data show that U.S. regulation of stock market data is working and the SIPs are currently achieving its stated goals. They produce a reliable national reference price for every stock at a very low cost and encourage innovation and competition among exchanges and market players. As the industry discusses changes to the SIPs, we want to ensure we are clear about the problems we are trying to solve and that we recognize the stakeholders that would benefit from any change.

Additionally, as with other regulatory change, there are always unintended consequences and we want to ensure that these changes do not negatively impact the broader investing public.  As Sandler O’Neill analyst Richard Repetto noted this week, “We especially think aggressive changes to the SIP run the risks of (1) higher complexity, (2) higher costs, and (3) reversing some of the market driven changes that occurred in the recent past. For example: while low volatility has driven consolidation among automated proprietary trading, lowering market data costs, could be a factor again reducing the barrier to entry to high frequency trading. Also, some of the biggest consumers of SIP market data are banks and understanding who benefits from material changes in the SIP should not be overlooked by regulators.”