Trading Europe From ‘Across the Pond’

In an increasingly global marketplace, U.S. trading and investing firms aren’t really major-league if they don’t trade and invest across borders.

And Europe, with its multiple developed economies driving generation of about one-third of the world’s GDP, is a must-be-in marketplace for any firm with global aspirations.

The U.S. has the New York Stock Exchange and Nasdaq as liquidity centers for trading firms. There are no equity exchanges in Europe quite that large, but there are a host of world-class institutional venues with ample liquidity, including Euronext, London Stock Exchange, Bats, Deutsche Boerse, SIX Swiss Exchange, and Nasdaq Nordic Exchange. 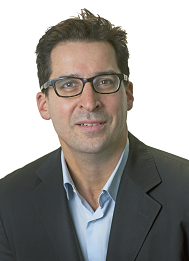 It might be acceptable for a long-only investment manager based in the U.S. to delegate the nuts and bolts of connecting to European markets to a sell-side broker, but for more active hedge funds and prop shops with shorter-term trading strategies, more involvement is indicated. This is the sweet spot for independent managed service providers, whose business is to get firms up and running with minimal hassle and at the lowest cost.

For U.S. firms, the first destination is typically London, which despite the looming threat of Brexit ranks alongside New York as the crème de la crème of world financial centers. And the first destination within London is often the LSE, which is centrally located in the Square Mile in the heart of the City’s powerful financial district.

London market centers just a few dozen milliseconds away from New York via high-speed electronic trading include Bats Europe, Euronext and ICE Futures for futures, and EBS and Thomson Reuters for foreign exchange.

Market participants looking to trade in European markets from abroad “first and foremost need to have a highly connected data center, so that they can leverage all the exchange POPs (points of presence and connectivity providers,” Fenick said. “They also need to be able to interact with people who understand the market and are networked well enough to understand who the players are in the market.”

Continued Fenick, “your vendor shouldn’t just understand their specialty, but they should understand the whole trading environment as to what a client needs, from exchange access points to trading software to market data.”

Many of the features and functionality of trading are the same or very similar in Europe compared with the U.S., noted Duncan Higgins, head of electronic sales for ITG Europe. These commonalities include order and execution management systems, liquidity-seeking tools such as smart order routers, and dark pools.

By way of differences in European markets compared with the U.S., Higgins cited issues pertaining to data collection and regulation. ”We do not have a consolidated tape in Europe, so the trade reporting volumes can be difficult to understand,” he said. “How much does a stock really trade? Of the volume that I’m seeing on the virtual tape though a Bloomberg or a Reuters, how much would I have been reasonably able to transact with?”

Regarding regulation, “the rules around taking liquidity from the U.S. markets are much more complex and prescriptive in terms of the quotes that you have to hit,” Higgins said. “In Europe, best execution applies as a process that has to get you the right results over time, rather than having to execute very specific quotes from every individual order.”

More on Trading in Europe: