Trading on the Improve

After several years of soft performance from trading, the mainstay business of Wall Street may have turned a corner.

To be sure, Wall Street traders are hardly popping Champagne corks. The business remains on the defensive amid market headwinds and regulatory and capital constraints. Trading-desk headcounts are significantly lower versus five and 10 years ago, and there can be no assurance that improved results from trading will sustain themselves. 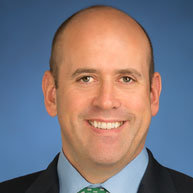 But at least for now, there’s room for optimism, even if the reported numbers only beat weak year-ago comps, and strength is more in pockets rather than widespread across firms and asset classes.

Big banks are reaping the benefits from relentless cost-cutting over the past half decade. And more recently, the Greek debt situation played out in a best-case scenario for market participants, at least for now: plenty of turmoil and uncertainty brought in volatility, but then an apparent resolution resolved the crisis and averted lasting damage to market sentiment.

Goldman Sachs’ equities net revenue in the first six months of 2015 was the most for a first half in six years. “The environment has clearly been better, both from an activity level and also from a market-making perspective,” Goldman Chief Financial Officer Harvey Schwartz said on a conference call last week.

There are major challenges for banks as they endeavour to return trading to levels of five or ten years ago (which some observers would argue can’t be done, given the stricter regulatory climate).

Institutional fixed income markets remain liquidity-challenged. Chinese markets are teetering, and the Greece saga may not be over yet. And the U.S. Federal Reserve is expected to begin raising interest rates by the end of the year, putting an end to a long period of effectively free money.

Still, the market always has its issues, and bank executives are cautiously optimistic that the broader and more general trend for trading is a positive one.

“Healthy volatility is volatility in which client activity picks up and liquidity exists, clients feel confident,” Schwartz said. “Unhealthy volatility is the reverse of that, where clients get more conservative and they ‘de-risk’. And so as we go through these periods, the general trend…feels like volatility is picking up in a healthy way, but that doesn’t mean from time to time we’re not going to hit these kind of pockets.”