Market surveillance is spreading from equities into fixed income, currencies and commodities following the market abuse regulations from the European Union coming into force in July.

The EU’s Market Abuse Regulation and the Directive on Criminal Sanctions for Market Abuse extends regulations from equities into other asset classes, explicitly bans the manipulation of benchmarks such as Libor for interest rates, and reinforces the investigative and sanctioning powers of regulators. MAR also requires market surveillance, for the first time, to capture market manipulation intent, as the existing obligation to report suspicious transactions has been extended to include suspicious orders.

Ancoa, which provides contextual market surveillance, said in a statement today that its technology has been deployed across MarketAxess Europe’s European fixed income multilateral trading facility. 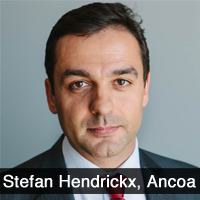 Stefan Hendrickx, founder and executive director at Ancoa, told Markets Media: “MarketAxess is our second big fixed income deployment. We have been working with multiple leading firms, advisors and law firms to develop alerts for this particular type of trading.”

Identifying potentially suspicious behaviour in fixed income is more difficult  than in equities as there is no central limit order book to provide a reference price and many bonds rarely trade. Hendrickx said that to overcome these hurdles Ancoa compares transactions against a composite price derived from market sources and also compares changes in correlations between illiquid bonds and comparable liquid instruments.

Hendrickx said: “Since MAR there has been a change as surveillance has extended to fixed income, currencies and commodities. In addition the buyside has begun to implement surveillance procedures.”

MarketAxess can receive alerts for sanctioned instruments across its bond universe and Ancoa’s visualisation tool aggregates all trading and contextual data onto a single screen.

Miranda Morad, general counsel at MarketAxess Europe and Trax, said in a statement: “We needed a surveillance platform that offers the potential to gather actionable business intelligence from the MTF and ensures we are compliant with MAR.”

Hendrickx added that since MAR Ancoa had seen a very strong growth in clients and staff numbers have grown from 20 at the start of the year to 40. In addition, although MAR came into force in July the majority of firms, especially smaller companies and the buyside, have still not fully complied with the new requirements.

“Most institutions are not 100% ready for MAR,” said Hendrickx. “Although the major holes are covered but there is still complementary work to do and MiFID II is now on top of the agenda.”

MiFID II, covering financial markets in Europe from 2018, introduces further requirements such as firms providing evidence on how they have met best execution requirements and that they have assessed the quality of research they use.

“The tools and techniques we have developed for surveillance also bring a lot of benefits on the business intelligence side, especially with providing evidence for best execution,” added Hendrickx. “It is only a small step from tracking trades to providing best value and that is one area we are constantly evolving.”

In another sign of the growing interest in surveillance, Behavox, a behavioral monitoring system designed primarily for employee surveillance in the capital markets sector, announced its first institutional round of investment in July. The funding was led jointly by London-based Hoxton Ventures and Chicago-based Promus Ventures.