Citadel Securities announced that Joe Mecane is joining the firm as Head of Execution Services. According to the firm, Mecane will lead Citadel’s equity, options, and ETF businesses, bringing his deep electronic trading experience and market structure expertise to bear on behalf of clients. Mecane is no stranger to the equity markets. He joins the firm after serving at Barclays, where he was Global Head of Electronic Equities since 2014. Before Barclays, he served as Head of U.S. Equities and Co-Head of U.S. Cash and Listings for the New York Stock Exchange (NYSE). Prior to NYSE, Mecane was a Managing Director in Equities at UBS Securities.

Citigroup has snagged Thomas Chippas as its global head of quantitative execution, the bank announced. He will oversee the global expansion of systems that allow hedge funds and asset managers to rapidly put on or take off trades based on quantitative signals, known as “low-latency execution,” the bank said. He will report both to the head of cash trading and the head of prime finance, Adam Herrmann. He came from blockchain-technology startup Axoni Inc, where he served as its COO. Before that, Chippas led quant-trading units at Barclays PLC and Deutsche Bank AG.

Liquidnet, the global institutional trading network, announced the appointment of Takis Christias as Head of Trading Strategies EMEA. Christias brings more than twenty years of experience in quantitative analysis and trading strategies and will be responsible for the continued build out of the electronic execution offering across the Liquidnet EQS platform. He comes from Citi, where he held a number of senior roles in the electronic trading space including head of algorithmic products in EMEA, leading a team of quantitative analysts and developers as well as being responsible for the business logic behind the BCN and SOR. More recently, Christias was responsible for their central risk automation effort in EMEA. He will report to Chris Jackson, Head of EQS EMEA. 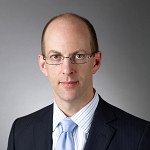 The Nation Stock Exchange’s Vice Chairman Ravi Narain has filed his resignation papers amid regulators intensifying their probe into alleged lapses in high-frequency trading offered through the exchange’s ‘co-location’ facility. Sources said Narain stepped down as vice chairman to ensure that the process with market regulator Sebi on the co-location case should not get affected by his presence on the NSE board. Sources said the NSE board is yet to accept his resignation.

NEX Group, a financial technology company, reported that Stuart Bridges, Group Chief Financial Officer, has stepped down from the Board and will be leaving the Company later in the year. Samantha Wren, currently Chief Commercial Officer for NEX Markets, has been appointed to the role and will join the Board effective immediately. Prior to joining NEX, Wren spent 14 years at Rank Group plc in a variety of finance roles and prior to that at Rentokil Initial plc. Alongside this Ken Pigaga, Global Chief Operating Officer, joins the Board of NEX as a director, with immediate effect.

The head of Societe Generale’s US prime brokerage and clearing business has departed to join Euronext as chief information and technology officer. Alain Courbebaisse was one of Societe Generale’s most senior technology experts, previously serving as global chief information officer for Newedge, prior to its integration with the French bank. Beginning his role in June, Courbebaisse will lead Euronext’s technology projects, including the roll out of its new trading platform Optiq and preparing the next stages of its IT infrastructure.

Quantitative Brokers has appointed Guy Cirillo as Head of Partnership Sales. Cirillo brings a wealth of experience to Quantitative Brokers, following 12 years as Head of Global Business Development at Credit Suisse, where he was responsible for all client third-party electronic trading relationships in North America, Europe and Asia for equity, futures, options, FX and fixed income. He will be based in the firm’s New York headquarters, reporting to Alastair Hawker, Quantitative Brokers’ Head of North America Sales.

Brown joins as a Managing Director and is focused on distressed and high-yield credit sales. Prior to BTIG, he was a Senior Vice President within the High-Yield and Distressed Debt Sales Group at Jefferies. Mr. Brown began his finance career as an attorney at Seaport Global.

Krestinski onboards as a Managing Director and trades high-yield debt. Prior to BTIG, he was a Managing Director within the Fixed Income Credit Group at Seaport Global. Krestinski held several other senior high-yield trading roles at BNP Paribas, Nomura, Citadel, Jefferies and Barclays. Previously, he was a Vice President within the High-Yield Trading Group at Bank of America Securities. Earlier in his career, Mr. Krestinski was a Vice President and Sector Analyst, Trader and Portfolio Manager within the High-Yield Fixed Income Group at UBS Asset Management.

UBS has hired Ryan Gould as a replacement for Paul Jefferys, the star quant trader who left the Swiss bank to join Citadel. Gould, a managing director at for 20 years at Citi, is now the global head of the central risk book at UBS. The CRB is a function that helps the bank manage the risk in its equities trading business and provide liquidity to clients. Gould will be based in New York.

Urs Rueegsegger, the chief executive of SIX Group, which runs Switzerland’s stock exchange, will leave the company in the first half of next year and the board of directors is looking for his successor, SIX said on Wednesday. The plan is for Rueegsegger to stay CEO for the 2017 financial year and present its financial results. He will then step down between March and June of 2018. Rueegsegger, 55, will remain on the board of the World Federation of Exchanges, where he has been acting chairman, and said he is open to taking on advisory and board positions.