Goldman Sach has hired a veteran U.S. sales trader as it looks to strengthen its equities sales and trading business. Mark Hibbert, co-head of U.S. sales trading and the head of U.S. special situations at Deutsche for the last four and a half years, has joined Goldman Sach as a managing director in New York. Hibbert comes with 13 years of experience. Prior to Deutsche Bank, Hibbert worked at UBS for 9 years, most recently as its Head of Special Situations.

Dan Weingarten was named Chief Executive Officer at SageTrader. Prior, he was Head of Sell Side at ITG where he spent the last 7 years. Before that, Weingarten was Senior Vice President, Co-Head of Sales and Strategy at Pension Financial where he spent 4 years. Earlier in his career, he was with NYFIX and The Island ECN.

Deutsche Bank lost its U.S. Head of Transaction Banking Paul Saltzman. Deutsche hired Saltzman to manage the processes around the Federal Reserve’s comprehensive capital analysis and review (CCAR) stress tests in May 2015. Known as a CCAR Czar, his official title was vice-chairman and executive sponsor of the CCAR. He was previously president of the Clearing House Association.

CME reported it expanded its international client development and sales efforts with two senior sales appointments in Europe and Asia. Michel Everaert has been named Head of Sales, Europe, where he will be responsible for developing and executing CME Group’s sales strategy and growing its client base throughout Europe. Everaert has served as International Head of Sales for CME Group’s commercials team since August 2015.  He joined CME Group in March 2011, with responsibility for OTC pre- and post-trade products and services.  He will replace Kevin Collins, who is retiring from CME Group in April 2018.

Tim Smith has been appointed Head of Sales, Asia, where he will be responsible for leading and executing the company’s sales strategy throughout Asia.  Smith has more than 20 years of experience in trading and sales roles across various financial institutions, and he joins CME Group from Deutsche Securities Asia Limited where he was Head of Listed Derivatives for Hong Kong.  Smith’s role previously had been filled on an interim basis by Christopher Fix, CME Group’s Head of Asia Pacific.

Everaert will be based in London and Smith in Hong Kong. Both will report to David Hartney, CME Group Global Head of Client Development and Sales.

Tech firm Vela has parted ways with Object Trading’s former head of sales Des Peck, marking the latest senior Object Trading figure to leave in the six months since it was bought by Vela. Steve Woodyatt, the chief executive of Object Trading, left the company after it was officially acquired by Vela Trading Technologies on July 27. Dan Hubscher, Object Trading’s long-serving director of strategy and former director of marketing, left Vela in August and is now consulting with New York-based tech firm DataAxxis. 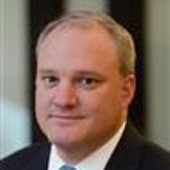 FlexTrade Systems announced the appointment of Paul Alves as Senior Vice President, Global FX Business Development, with a focus on expanding the company’s buy-side trading solutions to asset managers. With over 20 years in sales and business development, Alves joins FlexTrade’s Boston office after spending the last 14 years in management roles within the FX Connect suite of products, where he most recently served as Senior Managing Director, Global He ad of Trade Services, FX Connect’s post-trade platform. Prior to FX Connect, Alves worked for Moneyline/Telerate as Vice President of Sales for the Eastern Region. Earlier management/sales positions include terms at Financial Technologies International and Reuters America Inc. Based in FlexTrade’s New York office, Thomas comes to the company having spent more than 20 years handling FX sales and trading for an array of industry players.

Citadel Securities has hired the former head of systematic trading at Fidelity International, a spokesperson has confirmed. Jonathan Finney joined the firm earlier this month as director for European business development following a 12-year stint at Fidelity International. In the newly created role Finney will oversee electronic trading relationships with European banks, brokers and exchange counterparties, with a focus on finding new business opportunities across the region.

Brett Chappell has left Nordea Investment Managers as head of fixed income trading, with his role being filled temporarily by Jakob Jessen, executive director and deputy head of investment management operations, until a permanent replacement is found. Chappell’s next move has not been confirmed. He joined Nordea IM in 2014 from a sell-side role, having been head of debt capital market sales at Danske Bank since January 2007.

Market veteran Nick Savona has joined Canada-based market maker Independent Trading Group as its new Chief Compliance Officer. He is also Senior Advisor to AX Trading Network. Savona, a 27 year professional, was last with Global Maxfin Capital, a Toronto-based investment broker-dealer. While there, he sat on the institutional sales desk and launched a business handling employee stock option exercises and buybacks for public and private issuers. He has worked at TD Securities, ITG Canada, Northland Capital Partners and Liquidnet, as well as being active in the Securities Traders’ Association.