Kaleyra S.p.A., a rapidly growing cloud communications software provider delivering secure application programming interfaces (APIs) and connectivity solutions in the API/CPaaS market, announced the appointment of Julia Pulzone as Chief Financial Officer (CFO), effective immediately.  She will be based in the company’s office in Vienna, VA and report to Mr. Dario Calogero, Kaleyra’s Founder and current Chairman of the Board and Chief Executive Officer. 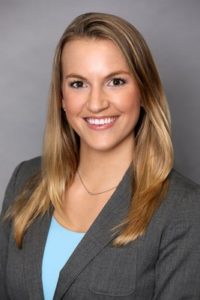 Digital Asset, the creators of DAML and provider of DLT solutions, announced that Yuval Rooz has been appointed the company’s Chief Executive Officer (CEO), effective immediately. Digital Asset’s Executive Chairman, AG Gangadhar, was appointed acting CEO in December and will continue to advise the company’s leadership team as executive chairman.

The Foreign Exchange Professionals Association (FXPA) voted in a slate of new Officers and Board members at its annual meeting on February 5.

Shemie succeeds two-term Chair Chip Lowry, Senior Managing Director at State Street Global Markets.  “Chip has been a fantastic Chair of the FXPA, and his energy, ideas and leadership have resulted in a stronger and more visible organization poised to be even more impactful going forward. I look forward to continuing to work with Chip during the years ahead and to leaning on him for his assistance and guidance as I take on this role.”

Sigelbaum replaces Jonathon O’Donnell, Investment Manager at CalPERS, in the Vice Chair role, while Houston succeeds Sean Tully, Senior Managing Director at CME Group, who has held the Treasurer role for the past two terms.

The Operating Committees of the Securities Information Processors (SIPs) announced that Bob Books has been elected to serve as chair. Books has extensive experience with the SIPs, having been an active participant in committee matters over the past eight years and the head of a number of subcommittees and working groups. He succeeds NYSE Chicago’s Emily Kasparov, who served as chair for four years.

StatPro Group, the AIM listed provider of cloud-based portfolio analysis and asset pricing services hired Michael Anderson CFA as Sales Director for the Asia Pacific region. Anderson joins from MSCI (Barra/RiskMetrics) where he was the Head of Client Coverage for Australia and New Zealand. His previous experience includes roles such as Head of International Equities at Commonwealth Bank of Australia, Portfolio Manager and Analyst of Asian Equities, as well as senior positions within Custody and Compliance.

Bob Linton, based in New York, has become head of connectivity and onboarding at Cobalt. He will be responsible for replacing old, legacy technology incumbent in many institutions’ post-trade FX operations with Cobalt’s low latency, high performance shared ledger technology. He joins following a 13-year stint at market infrastructure technology provider, Traiana.

Dan Evans was appointed product analytics lead and is focused on product innovation and reporting as well as highlighting the hidden opportunities for financial institutions. Dan is experienced in analysing FX trading data both as a director of FX trading at UBS, where he spent seven years, and as the director of his own consultancy.

Nitin Talwar has been appointed head of support. He has over 13 years’ experience in the FX industry having previously worked for institutions including Bank of America Merrill Lynch, RBS/Natwest Markets and Credit Suisse.

Kamaldeep Bhachu is now a senior business analyst at Cobalt. He previously worked at Murex and in the FX and treasury divisions at Morgan Stanley, UBS and Royal Bank of Canada. He brings extensive front to back knowledge of the FX cash and derivatives business.

280 Cap Markets bulked up its ranks. The firm added:

David Monks as Head of Government Agency Trading. Monks has more than 28 years of fixed-income trading and underwriting experience, and spent over 18 years working at Stifel Nicolaus, where he was instrumental in building the agency desk into a significant regional player. Hewas head of the Stifel Nicolaus agency desk, and the firm’s lead agency underwriter, for more than 10 years.

Pete Buinauskas joined the firm as Director, Institutional Sales. Buinauskas has more than 25 years of experience specializing in rates and mortgage-backed securities sales. He was most recently Senior Vice President at BB&T Capital Markets, and prior to that, worked for R.W. Baird and RBC.