Why did my trade execute at Venue X rather than Venue Y or Venue Z?

The answer to that investment manager’s question *should* be because Venue X provided the highest-quality liquidity based on the intent or goal of the trade and the most efficient execution to capture that liquidity.

But the reality is not so simple. Exchanges sometimes offer brokers incentive pricing on order flow that adds liquidity, and also rebate certain customers on certain orders; such arrangements aren’t always fully disclosed or understood, which obfuscates brokers’ motivations and ultimately the bottom-line impact for end-user investors.

The U.S. Securities and Exchange Commission is aiming to cut through the persistent smoke haze around transaction-fee pricing via a pilot program that will put temporary pricing restrictions around three test groups of stocks and require exchanges to publicly post data about the subsequent trading.

“The time is long overdue to address conflicts of interest around order routing and order execution,” said Joe Wald, CEO of trading-technology provider Clearpool Group. “Hopefully the data that comes out of this will shine a light on that, and ultimately make a better marketplace for everybody.”

Under the SEC’s proposed Transaction Fee Pilot, the first two test groups will have $0.0015 and $0.0005 caps on ‘maker-taker’ fees, respectively, with no caps on rebates. The third test group will prohibit rebates and pricing linked to whether an order adds or removes liquidity.

“The proposed pilot is designed to generate data that will provide the Commission, market participants, and the public with information to facilitate an informed, data-driven discussion about transaction fees and rebates and their impact on order routing behavior, execution quality, and market quality in general,” SEC Chairman Jay Clayton said in a March 14 release announcing the pilot.

Exchanges have defended maker-taker and providing rebates to their best customers on the premise that such pricing deepens liquidity and improves market quality for all participants. But, brokers who ‘take’ liquidity and would pay a fee have an incentive to go to off-exchange dark pools, and some observers say rebates are inefficient and distort the market.

The SEC pilot, slated to run for one year with a one-year renewal option, can provide valuable cold, hard data on questions that to date have not been convincingly answered. 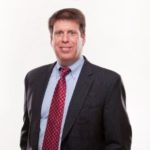 “Market participants, on both the buy side and sell side, have been trying for years to find the best ways to address concerns around the current regime for transaction fees and liquidity rebates,” said Ari Burstein, president of Capital Markets Strategies. “Increasing transparency around order routing and execution has been the least intrusive way to try to address the issues focused on in the pilot, but I’m not sure that has resolved or will resolve all the issues that people are looking to address.”

The pilot’s third test group, or ‘bucket’, may see more than its share of interest. “We believe this is the bucket that truly gets to the heart of the matter,” said Ray Ross, Clearpool’s CTO. “The zero or no-rebate bucket will clearly reveal the impact of cost-based routing.”

Clearpool’s Wald noted that anecdotal observation suggests the existence of biases in order routing, which can impact execution quality. This can also feed hype about the equity market being a place where people get taken advantage of. If conclusive and rigorous enough, data from the pilot should either put this argument to rest, or else validate it and lead to the SEC taking action to solve the problem.

“At a high level, from the data we have observed, our data shows that cost-based routing leads to inferior execution quality,” said Ross.

While the pilot’s data output can’t be predicted with certainty and any regulatory action on transaction fees is unlikely anytime soon, for now just the fact that the SEC is watching might be enough to change trading behavior on the buy side and sell side.