Equity traders at investment institutions are always on the lookout for a trading venues that will enable more efficient trading of large blocks than what is offered by the existing field of exchanges, alternative trading systems, and dark pools.

One new entrant that has caught the eye of some large and influential buy-side shops is Tripleshot LLC, a Boston-based venture that launched in October 2013.

“We like to see new and innovative ideas in the marketplace, so we are encouraged by some of the early trading stats from the Tripleshot community,” said Bill Stephenson, global head of trading strategy at Franklin Templeton Investments. 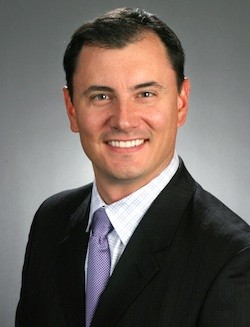 Tripleshot allows buy-side traders to search for the counterparty of a large trade with essentially zero risk, said Michael Hayes, the company’s founder and chief executive. All buy and sell orders on Tripleshot are firm, so there is no ‘backing away’ that could result in the institution on the other side divulging information but not having its order filled, he noted.

Some buy-side traders like what they see, so far. “Tripleshot’s approach to finding a block is unique,” said Matt Lyons, global trading manager at Capital Research and Management.  “If they continue to add liquidity, it could become a very useful venue.”

Dave Tattersall, head of global equity trading at Brandywine Global Investment Management, added “Tripleshot is buy-side to buy-side trading with no games, complete anonymity, and the ability to capture the liquidity I’m looking for.”

Hayes declined to disclose Tripleshot’s trading volumes or go into detail about its operations, but he did say orders typically exceed 100,000 shares, even in small-cap names, and the average block execution is more than 10% of the stock’s average daily volume. He also said that to his knowledge, Tripleshot is the first ATS to host a buy-side trader client as an observer in its boardroom.

About 60 buy-side firms with total assets under management of more than $5 trillion are on the Tripleshot system, according to Hayes. “Our initial results are encouraging, but we’re just getting started,” he said.

To be sure, other trading venues have started with promise only to not pan out, and there is no assurance that Tripleshot will attract enough liquidity to sustain itself as a longer-term challenger to established competitors such as Liquidnet, ITG, and BIDS Trading. But the ATS business is all about liquidity, and if the buy-side names that are intrigued by the start-up support it with volumes, it can be posited that Tripleshot has a real chance.

“We applaud Tripleshot for taking an innovative approach to solving one of the buy side’s biggest concerns, the ability to trade block size with no or low market impact,” said Clive Williams, global head of equity trading at T. Rowe Price.