Sunil Hirani, chief executive of trueEX, said the US exchange and swap execution facility will expand in Europe as swaps clearing becomes mandatory in the region next year.

Hirani told Markets Media: “We have a few people in London and are hiring in sales and marketing. We absolutely aim to have the same banks that use our platform in New York using us in London when swaps have to be cleared in Europe.”

The European Securities and Markets Authority has said firms in the region will have to centrally clear certain interest rate swaps from 21 June 2016 to comply with the G20 commitment to clear standardised over-the-counter derivatives.

In the US trueEX provides an anonymous central limit order book for interest rate swaps while its SEF provides request-for-quote trading protocols and a proprietary portfolio terminations and compactions system through direct connectivity to multiple clearing houses.

trueEX said that since its trading platform launched last year it has executed more than $1 trillion in notional trades. In October 2105 trueEX said its share of dealer-to-client electronic trading rose to 16%.

This week trueEX, together with JP Morgan and RBS, announced the launch of trueFIX. The real-time, automated execution and processing solution for all US dollar, euro and UK sterling swaps allows buyside firms to trade these products directly from their order management system for the first time.

Hirani said: “This is very significant for JP Morgan and RBS as it allows them to automatically price and book swaps. For buyside firms trading swaps is a very manual process and this reduces the time taken for a deal from hours to seconds.” 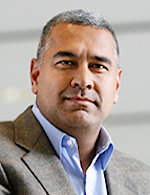 trueFIX offers asset managers and other institutional investors the ability to transact the full range of interest rate swap transactions while simultaneously processing hundreds of line items in a portfolio, regardless of the trade type, and provides direct connectivity to LCH and CME for clearing.

Alan Mittleman, head of rates trading, Americas at RBS, said in a statement: “trueFIX creates more and better trading opportunities for buyside firms and lowers trade processing costs through the elimination of manual errors. It’s a game changer for the interest rate swap market that will clearly benefit our clients’ businesses.”

There are 19 swap dealers on trueEX and they are also expected to join trueFIX in the near future. There are also 73 buyside firms and 12 clearing firms who have signed up to trueEX.

Hirani added: “We started with a blank sheet of paper and 2015 was a significant year as we added market-makers, buyside firms, the CME and LCH.”

trueEX was launched by the team which founded Creditex, the first electronic trading platform for credit default swaps, which was sold to IntercontinentalExchange in 2008. “One lesson from Creditex is that it takes time to sign up firms and get them on board,” said Hirani.

Since 2013 trueEX said it has processed more than $7 trillion in notional of interest rate swaps and supports 18 currencies at CME and LCH, the London Stock Exchange’s clearing house.

Hirani said most of the infrastructure for swaps processing being used today was designed and built before regulators required swaps to be centrally cleared and before the need for pre-trade credit approvals. “Our vision is to provide one connection to trade all derivatives in all currencies,” he added.