Turnover of yuan rose 17% in the latest survey from the Foreign Exchange Joint Standing Committee as London looks to position itself as a hub for trading the Chinese currency.

The Bank of England chairs the committee which is a market liaison group for participants the UK wholesale foreign exchange market. The FXJSC published its latest six-monthly turnover survey for October 2018 today.

The survey said turnover in the Australian dollar increased 12% while Chinese yuan turnover was 17% higher than six months earlier.

“US dollar/Chinese yuan turnover has increased to $73bn (€64bn) per day, its highest absolute turnover to date, and overtaking Euro/GB pound as the seventh most traded currency pair in London,” said the report. 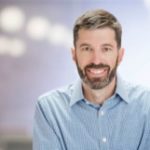 Curtis Pfeiffer, chief business officer at Pragma Securities, a multi-asset quantitative trading technology provider, said in an email: “The internationalization of the Chinese currency continues. Given London has made a concerted effort to become a hub for yuan trading, this data indicates that its efforts are bearing fruit.”

Pfeiffer noted that trading of non-deliverable forwards decreased from April to October, although the absolute value increased on a 12-month basis from $90bn to $270bn. He said: “It’s clear the FX market has continued appetite to trade less liquid currencies.”

Pragma Securities expanded its algorithmic trading platform, Pragma360, to include non-deliverable forwards in 2017. NDFs are derivatives that are used to hedge or speculate against currencies where exchange controls make it difficult for overseas investors to make a physical cash settlement, for example, the Chinese renminbi.

Central clearing of NDFs has risen since since the final phase of the initial margin rules came into force in 2017 requiring all financial counterparties to post collateral for initial margin against over-the-counter derivatives contracts that are not cleared. In addition, the need to post collateral for variation margin for uncleared derivatives also came into force.

“Members and their clients directed increasing emerging market and G10 NDF flows into clearing to achieve greater efficiencies, and compressed $4.5bn of cleared notional,” added LCH. “The service also successfully launched clearing of deliverable FX Options in July 2018 in partnership with CLS – a first for the market – and received a licence for clearing NDFs in Japan.”

Amir Khwaja, chief executive of Clarus Financial Technology, said on the derivatives analytics provider’s blog that LCH ForexClear had a market share of 97.2% last year, up from 95.7% in 2017.

Khwaja said: “Options cleared volume is small and all at LCH ForexClear, with $2.6bn a month in October, November and December. So one to keep an eye on in 2019.”

Sean Tully, CME Group global head of financial and OTC products, said in a statement: “This first cash-settled trade, combined with the recent increase in our NDF clearing volume in late 2018, allows us to work with our clients, clearing members and liquidity providers to help customers mitigate their risks through cleared solutions.”

Michael O’Brien, head of global trading at Eaton Vance Management, said in a statement: “We are big supporters of central clearing and now is the time for the FX marketplace to make buy-side clearing of CSFs and NDFs a reality.”

Overall average daily reported UK foreign exchange turnover was $2,611bn per day in October 2018, the third largest turnover figure on record for the survey. This represents a fall of 4% from the record high of $2,727bn reported in April 2018.

Roger Rutherford, chief operating officer of ParFX, said in an email: “It’s no surprise to see an overall fall in FX turnover reported by the FXJSC, but the variations across different instruments make for interesting reading.”

“This trend is also reflected in data released by the New York Federal Reserve,” added Rutherford. “The report is an accurate reflection of the bouts of higher volatility in both major and emerging market currencies, with the 17% rise in Chinese yuan turnover testament to this.”