The extraterritorial scope of the 11-nation European financial transaction tax is becoming more apparent as firms in the U.S. are being warned that they, too, could be liable to pay it in some way.

Of the 11 European Union nations involved, the four biggest eurozone nations—Germany, France, Italy and Spain—have all committed to the project which could raise around €37 billion a year in trading taxes. Although, the U.K.—which has operated a similar stamp duty on equities for many years—and others in the 27-nation bloc have remained out of the scheme.

“The FTT looks likely to have wide extraterritorial effect—those who hoped London wouldn’t be affected look to be disappointed; many in the U.S. and Asia may [also] be surprised to find themselves subject to the tax,” said a note from law firm Clifford Chance to its clients.

Major banks headquartered in the new tax area, such as Germany’s Deutsche Bank and France’s BNP Paribas, are likely to be hit by the full force of the new scheme, including any trades undertaken by these banks in places outside the levy’s remit such as London and even New York.

Banks based outside the area will be exempt from the tax but could become embroiled in the tax even if their counterparty or even just their clearing house is stationed in the transaction tax bloc.

“An FTT zone financial institution’s branches worldwide will be subject to the FTT on all of their transactions,” said the Clifford Chance note.

“So, for example, French and German banks’ London branches will be fully subject to the FTT on all their securities and derivatives businesses. The expected design of the FTT also means that non-FTT zone financial institutions—e.g. those in London, New York and Asia—will be taxed whenever they transact with parties in the FTT zone, and whenever they deal in securities issued by an entity established in the FTT zone.

“Non-FTT zone financial institutions that don’t want to be liable to the FTT directly will need to monitor the status of their counterparties. To avoid being indirectly liable, they’ll need to either ensure their terms and conditions don’t permit the cost of the FTT to be passed-on, or police each participant in the chain of clearing/settlement—which may not be possible.”

The European Commission’s original proposal last year—which would have encompassed all 27 EU member states before it was vetoed by the U.K., Sweden and others—was for a 0.1% tax on all share and bond transactions and a 0.01% levy on derivatives trades. The Commission is expected to propose details of the new tax in the coming weeks, before the 11 member states involved agree upon the final wording.

The European Commission has said that the tax, which is aimed at making the financial services sector pay for the global financial crisis and is likely to become fully operational some time next year, will be imposed on any trade involving a buyer or seller based in the 11 nations.

“This tax must not impinge on non-participating member states by including extraterritorial reach into financial services activity,” said Matthew Fell, director for competitive markets at the CBI, a U.K. business lobbyist.

National versions of the scheme are already up and running in France, who was the first to forge ahead with its own plans for a FTT, when it introduced a 0.2% tax on the purchase of shares in French firms from August 2012 with a market capitalization of over €1 billion. Although French equity volumes dipped immediately after the introduction, it has not been hugely detrimental to activity. Although there are suggestions that it is only the retail investor who is actually paying for the tax as institutional investors, for whom the tax is primarily aimed at, have devised ways round paying the levy.

From March 1, Italy, too, is to start its own FTT which differs again slightly from the French and EU-wide proposals. The tax rate for equity transactions under the Italian law will be set at 0.12% for 2013 before decreasing to 0.1% from 2014. Over-the-counter equity transactions will be taxed at 0.22% in 2013, decreasing to 0.2% in 2014 while equity derivatives transactions will also be subject to various fixed charges, with taxes on these instruments becoming applicable from July 1. 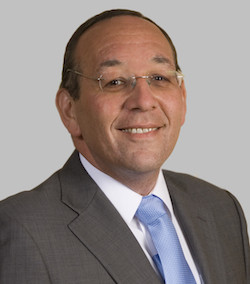 “Countries in Europe are keen to raise tax euros,” said Bob Cumberbatch, head of regulatory and industry affairs at Interactive Data, a provider of financial market data. “The 11 countries that have already signed up to the agreement have seen what’s happened in France and are monitoring the impact on trading activity and the resulting revenue generation, but like the idea of generating revenue from a government point of view.”

All of these new tax levies are set to create an added layer of complexity to trading in Europe and beyond although once the 11-nation FTT is in place it will supersede both the French and Italian schemes and create just one levy.

But that is still some way off and market participants are still trying to grapple with the French levy, which could also be used as the template for the future 11-nation FTT.

“It is not as straightforward as some would like. The industry would ideally like a situation whereby a list of the entities and the instruments is automatically published online, stating all of the instruments that are in scope.

“What we as a data provider can do is take the criteria and interpret the criteria into business rules to run them through our database and extract the instruments in and out of scope and flag them at the instrument level. Clients can take a view of either the universe that is in scope or look at all of the instruments and then see which are liable for the French transaction tax.

“But the service needs to be updated on a daily basis to catch changes on an instrument level. Although the French companies list is updated annually, instruments change, particularly with new issues arising from corporate actions, and that means the service needs updating every day to ensure all of the relevant and liable instruments are captured and flagged as being in scope.

“Some of our more sophisticated clients have said they can generate the companies list with some degree of confidence but they are more concerned about maintaining an instrument list going forward particularly regarding new issues.”

The 11-nation FTT tax is proposing a levy on derivatives, an area that has not been subject to trading taxes before.

“The U.K. and a number of other jurisdictions have imposed stamp duties and transfer taxes on equities for some time, and those taxes are generally considered to work well,” said the note from Clifford Chance.

“However, taxing debt securities and derivatives in the manner proposed by the FTT is quite novel, and its economic effect unclear—both in terms of the impact on financial markets and the cost of capital and hedging for corporates.”