U.S. Treasury traders are increasingly exploiting data to achieve best execution and optimize transaction cost analysis — that is, to do their jobs better.

The government-debt market has some catching up to do in this regard, as equities and FX are further along the curve in having trade information publicly available. Given that market data is a mosaic — the numbers from one trade aren’t especially valuable, but a year’s worth of data is — trading and investing firms are trying to build for the future. 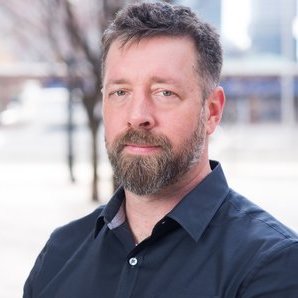 “People are starting to focus on a data strategy, which is really important,” said Josh Holden, Chief Information Officer for OpenDoor Securities, which operates a trading platform for off-the-run Treasuries and TIPS. “If you’re going to want to evaluate something two or three years from now, you need to capture the data now. If you don’t, you can’t go back and recreate it.”

According to a Greenwich Associates report published in December 2017, of $487 billion in U.S. Treasuries that trade daily on average, 69% is executed electronically. While traders can find ample market data on the most recently issued benchmark 10-year note, the breadth of the Treasury market — spanning more than 350 CUSIP numbers — leaves a lot of information gaps.

There is a “relative lack of transparency” in the Treasury market, the Greenwich report noted. “Despite the market’s size, few have a complete view of exactly who is doing the trading, what they’re trading, where they’re trading it, and exactly how those transactions are completed.”

Data has always been important for traders in all asset classes, who at minimum need to know the price of recent comparable transactions. That importance has ratcheted up in the electronic era of ‘big data’, as technological advances, more demanding end-user investors, and tighter regulations make robust data management foundational for a trading desk’s operations.

Kevin McPartland, Head of Market Structure and Technology Research at Greenwich, noted that historically, regulators have been hands-off regarding the Treasury market. For instance, Regulation ATS excluded UST trading platforms when it was introduced in 1998, and another transparency initiative, TRACE, has focused on corporate bonds.

“Because of that approach, there’s not as much publicly available data compared with more regulated markets,” McPartland said.

Data for on-the-run issues has improved markedly over the past five to 10 years and Institutional traders are generally satisfied with that, McPartland said. “But as you start to make your way down to the off-the-runs and the less frequently traded issues, it gets harder,” he said. “There aren’t streaming prices, it doesn’t trade all day long, and the bid-ask spreads are wider. The data gets a little bit bad.”

Treasury market pricing activity generates 1.2 million to 1.5 million data points per day, according to Holden. That doesn’t just self-populate and organize itself on an Excel spreadsheet.

“Cleaning and aggregating the data at the right time scale is 80% of your work. This is a lot even for a very large buy-side firm,” Holden said. “And then, what about the inquiries that don’t trade — are you capturing them?”

In a sign of increasing data-centrism, data management is the second most sought-after skill on the fixed income trading desk, besting electronic trading and quantitative analysis and trailing only relationship management, according to a Q4 2018 Greenwich Associates survey.