The Bank of England’s working group on the transition from Libor to a new risk-free reference is reviewing the use of compression auctions to decrease risk during the changeover.

The UK central bank, led by Mark Carney, published the minutes of the Working Group on Sterling Risk-Free Reference Rates from December 2018 on its website this week. The working group consists of experts from large sterling swap dealers and discusses the development of sterling risk-free reference rates.

After the financial crisis there were a series of scandals regarding banks manipulating their submissions for setting benchmarks across asset classes, which led to a lack of confidence and threatened participation in the related markets. As a result, regulators have increased their supervision of benchmarks and want to move to risk-free reference rates which are based on transactions, so they are harder to manipulate and more representative of the market. The UK has adopted the Sterling Overnight Index Average (Sonia) as its new risk-free reference rate to replace sterling Libor.

Professor Darrell Duffie from Stanford University gave a presentation at the December meeting of the working group on his recent work on compression auctions.

Compression allows clients to “tear-up” offsetting trades in their portfolios to reduce the notional outstanding and the number of line items in their portfolio while maintaining the same risk exposure. Use of compression services in the derivatives market following the introduction of stricter capital requirements, such as the Basel III leverage ratio, which has led to banks reducing their balance sheets and capital efficiency becoming increasingly important. 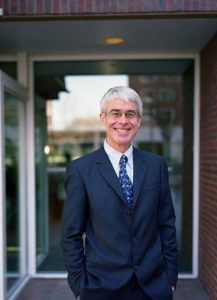 “Indeed, using input from participants (bids and offers) the mechanism would determine the compensation rate to be paid by Libor payers and received by Libor receivers when converting their contracts to the new (lower) benchmark,” added the minutes. “The mechanism would also increase conversion by allowing some substitutability between positions of sufficiently similar maturities, within risk tolerances specified by each participant.”

Duffie continued that an auction would concentrate liquidity and if successful would attract enough participants with offsetting Libor positions (payers and receivers) which would be matched and converted, therefore minimising any Libor risk that needs to be warehoused. He stressed that regulators need to be aware of the incentives for dealers and should consider recognising netting benefits to increase incentives to participate in such auctions and also suggested they consider how such auctions could operate within the relevant regulatory frameworks.

The working group agreed to examine these techniques further.

Francois Jourdain from Barclays, chair of the working group, then provided an outline of 2018 highlighting that its size increased from 16 banks to around 130 firms last year. He said 2019 should be an implementation/execution year of some of the agreed actions. Jourdain then handed over to the new chair, Tushar Morzaria, group finance director of Barclays, and welcomed him to the effort on Libor transition.

Rival ICE also provides trading of Sonia futures and said this week that it has reached record volumes:

Edwin Schooling Latter, director of markets and wholesale policy at the UK’s Financial Conduct Authority, gave a speech on Libor transition at the International Swaps and Derivatives Association’s annual legal forum in London last month. He said the increase in monthly volume of cleared notional in Sonia swaps shows that the derivatives market is making progress in moving away from Libor.

Schooling Latter said the share of cleared sterling swaps referencing Sonia has grown over the past two years to 19% in the second half of last year, from 11% in the first half of 2016, citing data from LCH, the London Stock Exchange Group’s clearing house.