The UK said it will not be implementing the Central Securities Depositories Regulation’s settlement discipline regime and will also not be requiring non-financial counterparties to report under the Securities Financing Transactions Regulation.

The UK said it will not be implementing the Central Securities Depositories Regulation’s settlement discipline regime and will also not be requiring non-financial counterparties to report under the Securities Financing Transactions Regulation.

Rishi Sunak, the Chancellor of the Exchequer, said in a written statement yesterday that the government is committed to regulation that supports and enhances the functioning of UK capital markets.

“It will therefore consider the future approach to the UK’s settlement discipline framework, given the importance of ensuring that regulation facilitates the settlement of market transactions in a timely manner while sustaining market liquidity and efficiency,” said Sunak. “As such, the UK will not be implementing the EU’s new settlement discipline regime, set out in the Central Securities Depositories Regulation, which is due to apply in February 2021.”

He continued that UK firms should instead continue to apply the existing industry-led framework. 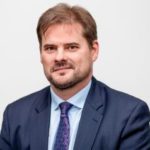 Daniel Carpenter, head of regulation at Meritsoft, a Cognizant company, said in an email that the majority of capital markets firms operate globally and so will be pulled into CSDR.

“Specifically, there will be many UK-based investment managers who will be settling transactions across the European Union and will need to make sure that they are compliant with this regulation,” he added.

Carpenter continued that the regulation highlights that reducing the number of trade fails is best practice and commercially beneficial.

“As a result, improving processes will no doubt be looked at favourably by UK firms, even following yesterday’s statement,” he said.

The International Capital Market Association said in a statement: “The announcement of HMT that they will not be implementing this aspect of the CSDR is a positive step, as is the comment that UK firms should continue to rely on the existing industry-led framework, and that any new regime in the UK will be developed through dialogue with industry, with sufficient time provided to prepare for implementation.”

The association said it supports integrated capital markets and to avoid fragmentation it will be responding to the current ESMA “Survey on Topics for the CSDR Review” recommending that the mandatory buy in regime is not implemented as planned.

ICMA had written to EU regulators in May asking for additional clarification on CSDR’s mandatory buy-in regime and warning that the regulation would potentially have “dire” consequences on the functioning, liquidity, and stability of the European bond market.

You can now read the letter @ICMAgroup submitted a letter to the European Commission and ESMA outlining the industry concerns related to timely implementation of the CSDR mandatory buy-in provisions. https://t.co/SlLnWzW00p

“The risks of this are starkly illustrated by the recent secondary market dislocations caused by the COVID-19 pandemic,” added ICMA. “The recent and ongoing secondary market challenges and disruptions provide an important data set which we believe EU authorities should consider as part of a detailed and extensive impact assessment prior to implementation.”

The association argued that the ability and willingness of broker-dealers to continue to make markets for their clients, and a market-wide tolerance of settlement fails during the increased volatility helped markets to continue to work.

“Given that a mandatory buy-in regime is designed to make settlement fails economically unviable, and will restrict market making capacity, it is worth considering how this regime would have impacted the market’s ability to function during this crisis, and the extent to which it would have added to systemic market risks and instability, thereby further amplifying the already extreme dislocations,” said ICMA.

Sunak also said the UK will not be incorporating the reporting obligation of SFTR for non-financial counterparties, which is due to apply in the EU from January 2021.

Worth reading this statement to UK Parliament from the Chancellor @RishiSunak regarding UK plans for implementation of EU financial regulation – notably CSDR and SFTR.https://t.co/BleLEdmv0K

“Given that systemically important NFC trading activity will be captured sufficiently through the other reporting obligations that are due to apply to financial counterparties, it is appropriate for the UK not to impose this further obligation on UK firms,” Sunak said.

Sunak wrote that future legislation will be guided by what is right for the UK, to support economic prosperity across the country, to ensure financial stability, market integrity and consumer protection, and to continue to ensure the UK remains a world leading financial centre. 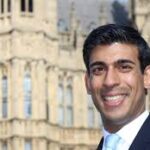 Rishi Sunak, Chancellor of the Exchequer

“An enduring future relationship with the EU would help complement the UK’s leading global role in financial services,” he added. “The Government continues to believe that comprehensive mutual findings of equivalence between the UK and the EU are in the best interests of both parties and we remain open and committed to continuing dialogue with the EU about their intentions in this respect.”

HM Treasury launched the Financial Services Future Regulatory Framework Review last year and the next phase will look at how financial services policy and regulation are made in the UK. There will be a consultation on the approach to the next phase of the review in the second half of this year.

In December last year the UK government also announced its intention to bring forward a Financial Services Bill which will include long-term market access between the UK and Gibraltar for financial services firms and a simplified process to allow overseas investment funds to be sold in the UK.