Sign up to receive exclusive articles on topics including: Select one or more newsletters you would like to receive:
Close popup
Home
By Shanny Basar
Hedge Funds

The UK government is continuing to review the appropriate use of stress testing by funds to assess their individual and collective ability to meet redemptions under difficult market conditions.

Roxburgh said the Financial Policy Committee at the UK Treasury is looking at investment funds and whether asset managers can manage redemptions, which may pose a systemic risk in stressed markets.

“We received some useful data on asset management in 2015 and will continue that review in 2016,” he added. “There may be a need for more internal stress tests as well as top down stress tests to determine the effect of a wave of redemptions across the whole system.”

The Bank of England’s Financial Stability Report in December 2015 said the FPC had reviewed the potential risks to UK financial stability arising from the investment activities of open-ended investment funds offering short-notice redemptions, as part of its regular review of risks beyond the core banking sector. The report said the FPC supported the Bank of England’s intention to incorporate the activity of investment funds into system-wide stress testing and, in the near term, to assess the resilience of markets to large-scale fund redemptions.

“It supports further work by the Financial Conduct Authority to assess investor awareness of the liquidity risks associated with investment funds, to communicate good liquidity management to the asset management industry and to assess leverage in investment funds, including through international initiatives to address data gaps,” said the report. “The FPC also supports the recent Financial Stability Board statement that encouraged appropriate use of stress testing by funds to assess their ability individually and collectively to meet redemptions under difficult market liquidity conditions.” 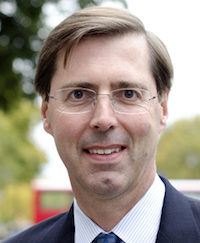 Last year the Bank and the FCA conducted a joint information-gathering exercise on 17 asset management firms and 143 of their funds, focusing on those with large holdings of corporate bonds.

“Analysis drawing on the information gathered from these firms suggests that: first, in aggregate, surveyed funds expected to be able to liquidate over one day roughly three times estimated dollar corporate bond market turnover; and second, redemptions from their funds would need to exceed the severest level seen since 2007 in order to test liquidity in sterling corporate bond markets,” said the report.

In addition dealers have shrunk their balance sheets and may be less willing to accommodate asset sales. A report on investment funds is being prepared for the G20 meeting in September according to Roxburgh.

He said at the AFME conference that although there is evidence to show that liquidity in the bond market has changed, such as smaller dealer inventories, this is not necessarily a problem.

“Before the crisis there was too much liquidity and there has been a necessary correction,” he added. “We have yet to ascertain whether the correction has gone too far but certain events give us pause for thought such as the sudden unexplained price change in Bunds [German government bonds] last spring.”

Other priorities for the UK Treasury include MiFID II, the rules covering European financial markets from 2018, and international harmonisation of the regulation of trading venues.

The month the European Union and the US agreed on a “common approach” to the regulation of clearing houses. This allows European and US central clearers to operate in both jurisdictions on a level playing field.

“The regulatory agreement on CCPs was welcome but the negotiations were arduous,” said Roxburgh. “We have learnt lessons for next time and a similar agreement on trading venues is necessary to avoid fragmentation.”

In addition in June the UK will hold a referendum on “Brexit”, whether or not to remain in the European Union.

Roxburgh said it is UK government policy not to do any contingency planning, the same position it took when Scotland held a referendum in 2014 on whether to remain part of the United Kingdom.