UN PRI To Focus On ESG Data And Reporting

Fiona Reynolds chief executive of the Principles for Responsible Investment, said priorities for the United Nations-supported organisation for 2020 include improving environmental, social and governance data and its reporting framework. 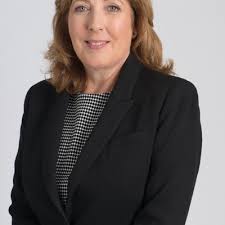 Reynolds told Markets Media: “A big focus this year will be our reporting framework as it has previously been too easy to achieve the highest score without being a true leader. This year signatories who do not meet the requirements will be publicly delisted, there are no ifs and buts.”

However, she is confident that most signatories will meet the requirements. Reynolds was appointed to her current role in 2013 and had previously been chief executive of the Australian Institute of Superannuation Trustees.

The PRI aims to bring the buy side and asset owners together to create sustainable financial markets through the integration of ESG  issues across the investment chain. Last year 578 net signatories joined the PRI, taking the total to 2,808 with more than $90 trillion in assets under management.

Signatories have to report on their responsible investment activities each year.

“Last year 600 PRI signatories reported on a voluntary basis as an opportunity to get the framework correct,” added Reynolds. “Our analysis found that there were a few leaders but most have a long way to go.”

From this year it is mandatory for signatories to report on the strategy and governance indicators of the PRI’s climate risk indicators. Reynolds explained that reporting on metrics and targets will take a few years as more work needs to done on the data.

“Another big focus is ESG data that is useful for investors,” she said. “Data is a real hurdle and the final piece of the puzzle.”

“We are in dialogue about the proliferation of corporate reporting frameworks for ESG and there needs to be convergence,” said Reynolds. 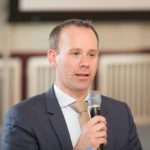 “A key reason for this is that companies are not required to report on most types of ESG data,” added Bos. “Although companies may well volunteer ESG information, this often lacks consistency because regulators do not stipulate standards to the same degree that they demand in financial data.”

Reynolds continued that there are signs that the PRI is affecting change through an increased commitment from asset owners.

“Our asset owner alliance pledges to reach zero emissions by 2050,” she added. “They also offer advice on how to achieve this goal and finding the right measurements to measure progress.”

Though public pension funds continue to be the largest group of asset owners, other types of institutional investors are increasingly demonstrating their commitment to #ResponsibleInvestment by signing the Principles. pic.twitter.com/PJi3lFFhky

“The asset owner alliance is very important and we just reached the 500th signatory,” said Reynolds.

Lorenzo Saa, chief signatory relations officer at PRI, said in blog that Protección, a corporate pension fund based in Colombia, becoming the 500th signatory was hugely significant milestone, on top of an annual growth rate of more than 20%.

“Asset owners sit at the top of the investment chain, so there is now a powerful collective force committing to further mainstream responsible investment and lead PRI signatories $90 trillion in assets under management  towards more sustainable returns,” wrote Saa.

He added that 70% of asset owner signatories now actively include ESG criteria in their mandates when selecting investment managers.

“Governments are also recognising the role capital markets must play in promoting social and environment goals,” added Saa. “The EU’s Action Plan on Sustainable Finance is maybe the most visible example of this trend.”

ESG has traditionally been associated with equities but Reynolds said fixed income, a larger asset class, has become just as sophisticated.

“We are focussed on sovereign issuance and dialogue with the credit rating agencies,” she added.

PRI is also are leading a group on how to measure the UN’s Sustainable Development Goals and how investors can make commitments.

“We will be publishing new work on the SDGs to help signatories put the right framework in place to invest deliberately and with intention,” added Reynolds. “The SDGs are actually ESG issues.”

The UN defined 17 SDGs and has estimated that the financing gap to achieve them in developing countries is between $ 2.5 trillion and $3 trillion per year.

Reynolds said: “Many investors map their activities to the SDGs but only a small amount of private capital has been committed to meeting the goals. The SDGs were created for governments and it is difficult for investors to integrate them into their process.”

Reynolds continued that last year’s COP25 was disappointing and there is still a lot to do.

“There are far too many investors who are not seriously integrating climate risk and opportunities into their process,” she added. “In addition, too many investors still do not know how their portfolio is aligned around the 1.5 degree target.”

Larry Fink, chairman and chief executive of BlackRock said in his annual letter to chief executives: ”Awareness is rapidly changing, and I believe we are on the edge of a fundamental reshaping of finance. In the near future – and sooner than most anticipate – there will be a significant reallocation of capital.”

The UN did not fully realise any of its COP25 agenda items – higher carbon taxes; new emissions trading systems; an adjustment of nationally determined contributions to the Paris Agreement; and the establishment of a ‘Loss and Damage’ fund to assist communities in low-income areas with recovery from extreme weather events.

Antonio Guterres, UN Secretary-General, said in a statement: “The international community lost an important opportunity to show increased ambition on mitigation, adaptation and finance to tackle the climate crisis.”

COP26 will be held in Scotland this year and Reynolds said it must not be allowed to fail.

“It will be significant because it ratchets up the Paris agreement and governments need to publish their increased ambitions,” Reynolds added.