US And EU Equivalence Works Well

The equivalence regime between the US and European Union is working well according to a senior regulator in the European Commission, although he could not say if the same regime will work after the UK leaves the trading bloc.

The European Union has proposed that systematically important clearing houses that clear euro derivatives have to be located in the trading bloc after Brexit.

The European Commission’s Tillman Luder gave a keynote speech at an ISDA conference in London today.

The EU and the US Commodity Futures Trading Commission took three years to agree a common approach to the supervision of transatlantic clearing houses which was signed in 2016.

Luder said: “Equivalence between the US and UK is working very well as we each vouch that authorised venues are properly supervised. Cooperation with the CFTC has been excellent as there are reasonable people on both sides and we do not need to discuss details as we trust each other as supervisors.”

He continued that any EU authorised venue will have equivalence in the US provided it is connected to a recognised clearer and does not provide any access to retail investors. This includes foreign exchange venues or MTFs, in addition to derivatives platforms.

The Commission is in active negotiations with Asian jurisdictions to agree a similar equivalence deal.

“We want to ensure our market makers can use venues in Asia and deal with local banks,” he added. “Our principal aim is to enable dealing with local counterparties who meet our trading obligations.”

Luder explained that he could not comment if the UK will be granted equivalence after Brexit. “The ball is not in my court and is still with key negotiators,” he said.

Catherine McGuinness, policy chairman at City of London Corporation, warned at the conference that equivalence would not be sufficient after Brexit.

McGuinness said: “Equivalence is not permanent and can become a political process as shown by the situation with the Swiss exchanges. We have proposed a system of mutual market access.”

Last December the European Commission only agreed to grant equivalence to Swiss exchanges for one year.

Nicky Morgan, chair of the UK Treasury committee in the House of Commons, also spoke at the ISDA conference about the problems that could arise if the UK leaves the EU without negotiating a  deal.

Now speaking at the #isdaregionals in London, @NickyMorgan01, chair of the House of Commons Treasury Select Committee pic.twitter.com/M43BtUIwJK

She gave the example of counterparties in the remaining EU 27 being unable to access UK clearers despite the 90% of euro swap contracts being cleared in London. “The same capacity does not exist in EU 27,” she added.

She welcomed the Bank of England granting temporary permission to branches of EU banks in London to continue operating after March next year when Britain leaves the EU.

Morgan said: “The reforms after the financial crisis have succeeded because they were agreed globally and this sets an example of how the UK and EU 27 can continues to work together.”

Scott O’Malia, chief executive of ISDA, said at the conference that it was encouraging to hear that equivalence is working well with the US and that the derivatives trade association welcomed the upcoming CFTC paper on the concerns with the extraterritorial reach of US legislation.

O’Malia added that there will be a real acid test for the cross-border framework if UK chooses to seek equivalence determinations from the EU. 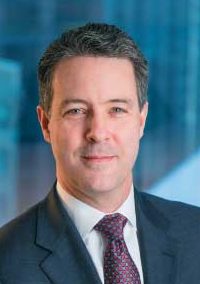 “Given the fact the rules between the two will be the same, anything other than a quick equivalence determination would be a massive setback for cross-border harmonization – not just for the UK, but to all third countries trying to access the EU,” he added.

Even a short delay between the UK becoming a third country and being deemed equivalent by the EU could cause disruption. For example, there could be challenges in servicing existing derivatives contracts between EU and UK counterparties.

“While the contracts themselves will remain legally valid, it may not be possible in many cases for counterparties to perform important lifecycle events such as the exercise of options, the rolling of open positions, portfolio compression and material amendments,” O’Malia said. “These occur regularly and are vital to the efficient functioning of the derivatives market.”

ISDA has shared a paper with regulators in the EU that explains the challenges with transferring large numbers of contracts, and has drafted language for the continuity of existing derivatives contracts for inclusion in a withdrawal agreement.