Volumes Predicted to Plummet as FTT Takes Hold in Europe

With Italy the latest European nation to unleash a financial transaction tax on to its markets, practitioners are fearful that this year’s bounce-back in equities will be wiped out in Europe once the nine other nations adopt their own FTT versions in the coming months.

Markets in Italy, which have been rocked as it is by an inconclusive finish to last month’s general election, face the most onerous levy to date to hit Europe following the introduction of an Italian FTT on its equities markets from March 1. France was the first to adopt its own FTT last August while nine other countries will follow suit, probably from January 1, 2014, as politicians look to make traders and investors pay for the financial crisis.

The U.S. is also considering its own FTT while Algirdas Semeta, the European commissioner for taxation, wants to see the levy adopted worldwide. 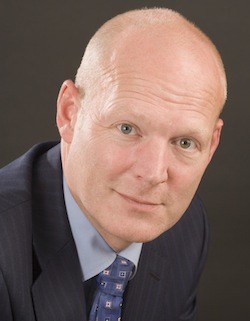 “Perhaps the real motive [for the FTT] is simply a somewhat cynical attempt to introduce a tax that will ride on popular support for ‘bank bashing’,” said Steve Grob, director of group strategy at Fidessa, a trading and technology company, in his latest blog.

The tax is also an attempt by politicians and regulators to curtail the more predatory nature of high-frequency trading—which policymakers are becoming increasingly wary of following a series of market snafus as well as worries over a fundamental shift in trading mentality—ahead of other European regulation, such as MiFID II, that is still currently working its way through Brussels.

“I am positively inclined in support of a financial transaction tax to slow down the pace of hectic deal-making and trading,” Lord Myners, the former City Minister under the previous Labour government, told a recent House of Commons select committee on the Kay Review, an examination of U.K. equity markets.

“I think the primary economic argument for a financial transaction tax would be to reduce the super-hectic activity, which, to me, is epitomized by these high-frequency, algorithmic traders.

“These are people for whom physically getting their computer closer to the stock exchange, or using even faster bandwidth cables, is critical for business success because they own the shares for microseconds. What have we done? How have we ended up in a situation where the evidence and responsibilities of ownership of our major companies can be traded in milliseconds?

Myners added: “I find myself increasingly drawn towards a financial transaction tax: ideally, one that is established globally. A sensibly constructed FTT would actually be of benefit to pension funds.”

Although Grob at Fidessa believes that the French levy has not had a significant impact on HFT so far.

“Some regulators have argued that FTTs discourage predatory HFT activity, but the evidence from France, the first country to introduce such a tax, does not seem to confirm this view,” said Grob.

Others, though, believe the FTT will seriously dent European trading volumes going forward.

“Post-August, the French market share of European trading was diluted to its lowest level since 2008, reaching just 11.88% by January 2013,” said Rebecca Healey, a senior analyst at consultancy Tabb Group, in a recent report on the state of European equities markets.

“The addition of the Italian financial transaction tax will have a far greater effect on overall European volumes in 2013. While only accounting for 6% of European market share, the cumulative effect of the combined two tax regimes plus the extensive reach of the Italian regulation will cripple model-driven strategies, impacting the recent return to volumes.

“Add in the worsening economic environment and the addition of a further nine countries looking to implement the financial transaction tax by January 2014 and the prognosis for European equity trading looks bleak indeed.”

The tax rate for equity transactions under the Italian FTT law will be set at 0.12% for 2013 from March 1 before decreasing to 0.1% from 2014. Over-the-counter equity transactions will be taxed at 0.22% in 2013, decreasing to 0.2% in 2014. Equity derivatives transactions will also be subject to various fixed charges, with taxes on these instruments becoming applicable from July 1. High-frequency trading also comes under fire from the new Italian law with a separate 0.02% tax to be imposed on transactions in the Italian financial market if an order is issued and then amended or cancelled within half a second, and the ratio between the cancelled or amended orders and the completed ones is greater than 60% per single financial instrument.

The tax does not apply to units of open-ended investment companies or exchange-traded funds, while pension funds are also exempt, as are brokers when they act as market makers or liquidity providers.

The 11 countries to support the financial transaction tax are France, Germany, Italy, Spain, Austria, Belgium, Greece, Portugal, Slovenia, Slovakia and Estonia. The U.K., Europe’s largest financial services center, has stayed out of the scheme although its reach is likely to spread to the City of London due to its ‘issuer principle’ rule which means that if a trade has been issued in one of the 11 participating countries then regardless of where it is then traded, the trade will still be hit by the tax.