Sudhir Roc-Sennett, head of thought leadership & ESG Quality Growth Boutique at Vontobel Asset Management, said investors can help in a small way towards the large goal of taking profits away from the slave trade.

In a blog, ESG – Modern Slavery: a python in the plumbing, he highlighted that 25 million people live as forced laborers according to a 2016 estimate by the International Labour Organization, a UN agency. 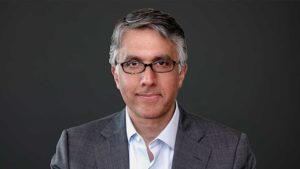 Roc-Sennett told Markets Media that Vontobel had looked at modern slavery on ad hoc basis but wanted to think about the issue more holistically and institutionalise the thought process.

“It his hard to get ahead of the issue as there is limited data and we do not know companies’ supply chains,” he added.

He gave examples of recent moderately serious labor issues within the supply chains of larger MSCI ACWI companies – such as Samsung Electronics which admitted to having subjected workers to excessive overtime following a report from New York based NGO China Labor Watch.

In addition, Associated British Foods, the owner of the Twinings Tea brand and the retailer Primark., makes both these companies publish a list of all the factories they source from after a Dutch NGO found that some suppliers were holding workers and preventing them from leaving factories in 2018.

Roc-Sennett wrote that all companies should be more transparent through disclosures of supplier lists, both by name and factory, maybe through a central repository so competitive advantages are not divulged.

“It is a key step that would provide visibility for consumers, non-governmental organisations and shareholders alike,” Roc-Sennett added. “Importantly, it would help reduce the incidence of innocent consumers supporting the profits of human traffickers.”

Roc-Sennett continued that data for all environmental, social and governance strategies needs to improve.

“There is more awareness of what is needed by investors and the situation is improving. Data that is comparable and verified by a third party is in short supply,” he said.

Roc-Sennett gave an example of the improvement in the gas emissions data self-reported by US shale oil producers following the 2011 launch of a satellite, operated by NASA and the National Oceanic and Atmospheric Administration. The satellite collects daily measurements of flares, when are then used to calculate volume estimates.

He continued that investors need other information, in addition to data, to make ESG decisions. There are 31 people in his team and three are investigative journalists, who investigate companies.

“We go deep into customers and suppliers and look for certain flags,” said Roc-Sennett. “The use of human intelligence is vital.”

For example, the management of employees is important to a healthy long-term balance between stakeholders.

“The problem is that investors know little about this mysterious “human capital” resource,” he added.

Roc-Sennett explained there is virtually no information published by listed companies on employees and they are not required to give basic information such has turnover, average tenures of employees or notable departures in particular locations.

Vontobel Asset Management is an active fund manager with a multi-boutique approach with the more than 440 professionals worldwide, including 180 investment specialists, in 16 locations including Switzerland, Europe and the US. Last month the asset manager opened an office in France.

The firm said it has continuously expanded its sustainable investing activities since the 1990s. Roc-Sennett said: “There has been a phenomenal increase in demand for ESG which makes us very happy.” 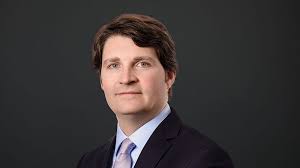 Matthew Benkendorf, chief investment officer, said in a statement: “Given our focus on the importance of sustainability and predictable long-term earnings growth of our holdings, we are already fishing in a ‘cleaner pond.’ The Global Equity X fund follows the same investment approach as our 25-year-old Global Equity Strategy, which includes ESG and deep dive research within the process, and is constructed by the same team.”