VoxSmart, the UK fintech for communications surveillance, has been boosted by the need to monitor the increasing number of capital markets personnel who have been forced to work from home. 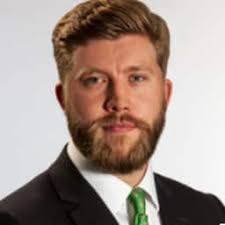 Oliver Blower, group chief executive of VoxSmart, told Markets Media that contingency plans usually expected staff to go work at another remote site. However, the coronavirus lockdown has meant that staff have instead been required to work from home, but firms still need to monitor their communications for regulatory purposes.

Blower continued that in recent weeks existing customers have requested additional licences and VoxSmart has had an influx of new customers.

“For example, one firm took two and a half years to implement Skype but installed Zoom and Microsoft teams in three weeks,” he added.

Regulators are giving firms some leeway but expects them to make efforts to comply with surveillance efforts as soon as possible.

“Esma also recognises that, considering the exceptional circumstances created by the COVID-19 outbreak, some scenarios may emerge where, notwithstanding steps taken by the firm, the recording of relevant conversations required by MiFID II may not be practicable,” said the regulator.  “Firms are expected to deploy all possible efforts to ensure that the above measures remain temporary and that recording of telephone conversations is restored as soon as possible.”

The UK Financial Conduct Authority also said last month that firms should continue to record calls, although it accepted that some scenarios may make this not possible.

“Firms should make us aware if they are unable to meet these requirements,” added the FCA. “We expect firms to consider what steps they could take to mitigate outstanding risks if they are unable to comply with their obligations to record voice communications. This could include enhanced monitoring, or retrospective review once the situation has been resolved.”

VoXSmart has more than 100 financial institution clients across the sell side and buy side, including Tier 1 institutions.

Blower said VoxSmart aims to be the single source that allows financial institutions to capture all types of communication – such as on mobile phones, via chat, email, Bloomberg – for surveillance purposes.

“Our differentiator is that we come from the financial industry and so we understand the problem,” he added.

Blower had previously worked in fixed income, currencies and commodities at Barclays Capital and Bank of America Merrill Lynch before joining VoxSmart in 2014.

In today's hyper-connected world, transacting with customers should not be so hard.

In 2014 VoxSmart developed new technology to expand beyond capturing voice communication under new leadership and with substantial seed capital. In 2016 the fintech raised $7m in a Series A funding round and launched the first WhatsApp and WeChat compliance capability for financial markets.

Delighted with new investment from @Natwest . During uncertain times for the market as a whole, it's it fantastic to see firms actively champion high growth #FinTech like #VoxSmart and we are delighted to have their support. Read more 👇https://t.co/bktICIAiLp#Compliance

The bank adds to the financing that VoxSmart received from Deepbridge Capital, an investor in UK technology companies, and other UK angel investors.

“The first step is capturing the data and the second is seeing whether behaviour is different,” he added. “For example, if a trader suddenly stops communicating with a counterparty or alternatively, suddenly starts sending text messages.”

“In a crisis you can acquire good people and assets,” he added.

We are delighted to announce that VoxSmart has acquired the @fonetic Trading business, global leaders in voice surveillance and trade reconstruction technology.

Welcome to the future of finance, everyone!

Spending on regulatory technology, particularly in surveillance, is expected to continue to grow this year according to a report from Greenwich Associates. The consultancy said trade and market surveillance technology is one of the most important compliance functions for market participants.