Despite the US Securities and Exchange Commission setting aside Nasdaq’s and NYSE’s depth-of-book fees on October 16, the regulator will bring together exchange operators, and market-data consumers for a roundtable regarding market-data fees and governance and Wall Street has set high expectations on the discussion’s outcome.

The debate has been more than eight years in the making since the exchange operators launched their proprietary data products along with managing the Securities Information Processor’s consolidated tape.

The regulator’s decision did not go as far determining whether the fees charged by Nasdaq and NYSE “are fair and reasonable and not unreasonably discriminatory,” but concluded that the self-regulatory organization did not prove their case.

The SEC’s Division of Trading and Markets, which will host the rare two-day roundtable, has put together seven panels that will address duplicative pricing, who should absorb the various data fees, which data types the SIP operators should include in the consolidated tape, whether there should be competing SIPs, and whether the retail investor should be concerned.

In the meantime, some on the sell side find the market data fees grotesque and out of control. 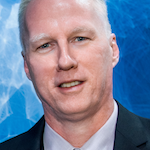 “The SIP generates $300 million in revenue per year, and the proprietary fees are about $200 million and change,” said Doug Clark, head of market structure, North America at ITG, during an open call hosted by the STA Foundation. “When you put it all together, it is less than the SEC fees.”

However, Clark also noted that the implicit fees of consolidating multiple proprietary feeds with different data and latencies are a significant concern.

“The fees are real, and it is a real debate,” he said. “But I think, as is the case for most things within the market, that the explicit fees are dwarfed by implicit fees, which likely are going to remain high until we have correct governance and structure around the whole data.”

If the roundtable discussion results in just a 15 or 20 percent reduction in fees, the close to decade-long fight does not make sense, according to Clark. “I think it is about creating a structure for going forward and making sure that everyone is treated reasonably and fairly.”