Market participants warned about the UK’s departure from the European Union leading to the fragmentation of both trading liquidity and regulatory data. 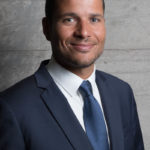 Haroun Boucheta, head of public affairs, BNP Paribas Securities Services said financial firms have already spent a lot of time to secure access to financial market infrastructures after Brexit. He spoke on a panel  at the Association for Financial Markets in Europe 12th annual European post-trade conference in London yesterday.

“However it is still not certain that we will have access to all FMIs if there is a no-deal Brexit,” he said.

Boucheta told AFME that the European Securities and Markets Authority’s decision to grant equivalence to UK central counterparties and the central securities depository was welcomed but it is only temporary.

“The equivalence decision for CCPs lasts for 12 months after Brexit and 24 months for the CSD,” he added. “This is temporary so there is still a significant challenge.”

He highlighted Esma’s decision in March that that EU firms will have to trade certain shares and derivatives on EU or equivalent venues, even if most liquidity is currently in London.

Nausicaa Delfas, executive director of international at the UK Financial Conduct Authority, warned at the time that this will conflict with the UK’s own share trading obligation.

Boucheta added: “The regulatory war over Brexit has already begun which could lead to a fragmentation of liquidity and increased risk.”

He also highlighted that in December last year the EU only extended equivalence for the Swiss trading venues for one year despite Switzerland adopting MiFID II when the EU regulation went live last at the start of last year.

“The European Commission adopted a rigid position and the same could happen after Brexit,” said Boucheta.

Andrew Douglas, government relations and chief executive of DTCC’s European trade repository, said on a panel that he had spent the last two years opening an office in Dublin in order to operate after Brexit. He explained that half of the repository’s trade reports currently come from the UK while the other half come from the other 27 EU member states.

“Trade repositories were set up to provide regulators with a single source of data,” said Douglas. “After Brexit will only have access to half of the data which is a problem for risk management and market infrastructures.”