Warnings On Contracts And Euro Clearing After Brexit

Senior regulators and banking executives warned on the need to ensure continuity of contracts after the UK leaves European Union and that moving clearing of euro derivatives from London could introduce systemic risks.

Michael Cole-Fontayn, chair Europe, Middle East and Africa of BNY Mellon, said on a panel at the UK Finance International Banking Conference in London yesterday that contract continuity after Brexit is critical as an enormous number of derivatives and insurance contracts are affected.

“There is a need to be thoughtful,” he added. “For example, there are estimates of 30 million EU citizens being beneficiaries of insurance contracts written by a UK entity.”

Dr Andreas Dombret, board member of Deutsche Bundesbank, said at the conference that the number of contacts affected will depend on their maturity.

“If banks repaper there can be no return and that is what everybody is trying to avoid,” added Dombret. “The issue will come to a head in the first quarter or first half of next year.”

Verena Ross, director general of the European Securities and Markets Authority, said that as a regulator ESMA needs to mitigate against worst case scenarios, such as if there is no Brexit deal and no continuity of contracts.

The Bank of England warned last month that new legislation is required to ensure the continuity of around £26 ($35) trillion of outstanding uncleared derivatives contracts after the UK leaves the European Union.

About £12 trillion of the affected contracts mature after the second quarter of 2019, when the UK is scheduled to leave the EU. The report continued that the UK government is considering all options for mitigating risks to the continuity of outstanding cross-border financial services contracts.

For example, a UK bank would need to novate its contracts with European Economic Area counterparties to a legal entity based in the EEA but such novations require time to prepare and execute and the consent of all parties.

“Each major dealer will have several thousand counterparties, with whom contracts will require renegotiation, potentially impacting tens of thousands of underlying clients,” warned the Bank of England. “There are no precedents for these types of multiple large-scale novations within an 18-month period.”

On derivatives, Ross continued that global regulators such as the the G20 and Financial Stability Board have been successful in reforming the over-the-counter market. However, risks have become concentrated in central counterparties.

“We are reviewing whether Emir, the EU regulations on central clearing, worked as intended but we are waiting for global agreement on the recovery and resolution regime for CCPs,” she said. “For third country CCPs operating in the EU, we will rely completely on home authority supervision in some cases but for others there will be greater emphasis on similarity to EU rules.”

In addition, in June this year the European Commission said substantially systemically important CCPs will have to establish themselves within the trading bloc and be authorised by European Securities and Markets Authority, whereas the majority of euro derivatives are currently cleared by LCH, the CCP owned by the London Stock Exchange Group. 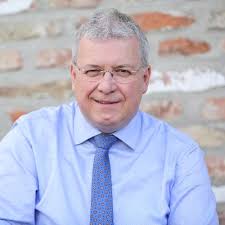 Markus Ferber, Member of the European Parliament, said at the conference that the Parliament is dealing with a proposal from the European Commission on euro clearing. Ferber said joint supervision is possible as the US CFTC already jointly overseas LCH in London with the the Bank of England due to the volume of US dollar clearing through the UK CCP.

If the Bank of England and European Central Bank oversee euro clearing then we cannot see any problems,” Ferber said. “However if the UK wants to get rid of all European supervision that would be different.”

Cole-Fontayn added: “European  regulators understand the risk of moving euro clearing but have a legitimate interest in stability in the EU27 after Brexit and executing monetary policy in the eurozone. Joint supervision would be optimal.”

José Viñals, chairman of Standard Chartered, agreed that joint supervision would be the best solution. “Exchanges are fundamental for financial stability and are delicate operations. Any fragmentation could lead to systemic risk,” he said.

In order to avoid fragmentation, the European Commission and the CFTC have agreed on a common approach to certain derivatives trading platforms.

Yesterday the European Commission said it has recognised some US trading venues authorised by the CFTC as eligible for compliance with the EU trading obligation for derivatives.

“The decision will ensure that EU counterparties can continue to trade the most liquid derivatives instruments on US platforms,” said the Commission. “It will enable EU platforms to offer trading services to US counterparties.”

The CFTC is also working towards exempting certain EU-authorised trading venues from registration requirements in the US.