Wave of Consolidation Heading for Europe’s ETF Landscape, Despite Growth

Despite being one of the fastest-growing segments of the asset management business, consolidation of the exchange-traded funds space—especially in Europe—is predicted to increase at pace this year.

The global ETF industry last month surpassed the milestone figure of $2 trillion assets under management and is still experiencing significant inflows, according to research by ETF provider BlackRock.

ETFs, which are baskets of stocks and other assets that resemble mutual funds but trade throughout the day on stock exchanges, were invented in the U.S. in 1993 before crossing the Atlantic in 1999 and have been on an upward growth trajectory ever since due to their low costs and simplicity since they generally track established indexes.

The ETF landscape in the U.S. is dominated by three providers—BlackRock, State Street Global Advisors and Vanguard—with the smaller players having to create successful niche products to compete against the ‘big three’.

In the past five years, though, the number of ETFs issued globally has tripled to stand at around 1,500 today. Europe, too, despite being a slightly less developed market than the U.S., has seen a huge influx of issuers. The main players in the European space are iShares, a unit of BlackRock; Lyxor Asset Management; db x-trackers and ETF Securities. Competition is fierce and it is thought a significant amount of European issuers could be forced to close in the coming months. 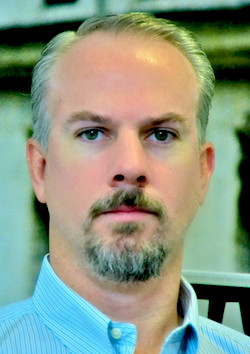 “Every bank issues ETFs, they have their own salespeople and they make markets in other peoples’ ETFs,” said James Ryan, vice-president, institutional sales and trading at WallachBeth International in London, a U.S. brokerage firm which brought its best execution ETF trading model to Europe last year.

“You also have traditional issuers who are out there. It just seems like there are so many ETF providers out there in Europe and everyone is throwing their hat in the ring.”

Alan Roldan, institutional sales and trading at WallachBeth International, added: “There are so many issuers here in Europe. We’ve already seen this play out in the U.S., where you saw consolidation amongst the industry, so it’s interesting we’re starting to see this consolidation take place here in Europe.

“Little by little, industry consolidation will be healthy as it’s a bit unsustainable at the moment in terms of many issuers offering the same type of product while there are a limited amount of assets.”

“These are exciting times for the European exchange-traded product industry where significant and radical change is expected and indeed anticipated,” said Hector McNeil, co-chief executive of Boost, a new entrant to Europe’s ETF industry.

“We will continue to see strong asset growth into ETPs alongside major structural changes, which includes industry consolidation, both in terms of the number of providers but also the number of products.

McNeil added: “I have been forecasting for some time that, in particular, many banks would exit the ETF market due to increased regulation and revenue pressure on their ‘silo provider’ model. We believe that the BlackRock acquisition of Credit Suisse’s ETF business will be just the start of this consolidation and that we are likely to see a 30% reduction in the numbers of ETF providers in Europe.”

Europe’s ETF sector also has some structural problems to conquer before it can begin to rival the U.S. model.

“You do not have a robust stock loan department for many of the firms in Europe,” said Ryan at WallachBeth. “If you can’t locate and borrow the stock from somebody then you can’t necessarily sell it short. You then have to create it or sit with the position on your books. Stock loan needs to be nurtured for ETFs to grow in Europe.

“And to get it more accessible for people and for the spreads to tighten, more liquidity needs to come into the market. While the fact that you have ETFs listed in London, Paris, Germany, Italy, Switzerland—the same product with five different listings—does not help.

“While unlike the U.S., you don’t have a consolidated tape so you don’t have a true idea of the liquidity in a product or how much volume is out there as a lot of trades are over-the-counter.”