Can European Securities Post-Trade Be ‘Amazonised’ ?

New technology and regulations could help harmonise European post-trade securities settlement and make it as efficient as Amazon in the retail industry according to a white paper from Deutsche Bank Securities Services.

The report, Transitioning into the future of securities post-trade, asks why customers can order on Amazon for same day or next day physical delivery while institutional investors have to wait two days for securities to be electronically transferred, by book entry, into their account.

Harmonisation has improved since the European Central Bank launched TARGET2-Securities, the platform which aimed to lower the cost for  settlement across borders. The project was approved in the summer of 2008 and the first wave central securities depositories joined T2S in June 2015. T2S has now been in full operation for more than a year with 24 central securities depositories and the first non-Euro transactions settled in October 2018 in Danish krone.

However T2S settlement volumes are lower than anticipated and market participants have criticised its cost, especially since the ECB increased the delivery versus payment settlement instruction fee from 15 cents to 23.5 cents from the start of this year. 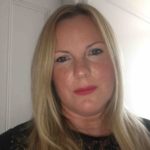 Emma Johnson, director, regulatory and market initiatives, Deutsche Bank Securities Services and co-author of the white paper, told Markets Media: “T2S should become multi-currency – a precursor for getting more volume on to the platform and crucially the international central security depository flow.”

The white paper said T2S processes an 600,000 instructions per day and cross-CSD settlement volumes are low at just below 1%.

Johnson continued that the ICSDs, Euroclear and Clearstream, have significant volumes which would go a long way to eliminate the need to further increase costs.

“The reality is that the ICSDs provide ease of access to non-European investors which in the context of T2S means they could play an important role in realising the ECB’s ambition to make Europe more accessible to investors,” she added. “We are pleased that the subject of the ICSDs is on the European Central Bank’s agenda and really welcome some meaningful progress.”

The European Central Bank said in a special report on T2S in December 2018 that post-trade securities processing in Europe remains fragmented despite the launch of the platform.

With the year drawing to an end, it's time to take stock of what we have achieved with #T2S so far. In the new T2S Special Series we interview high-level officials from the industry who talk about their experience being part of the T2S project: https://t.co/p2W1VByi30 pic.twitter.com/IoLhVqIzfy

The ECB said the barriers hampering cross-border settlement integration largely need to be removed by legislation, such as to deal with differences in supervision of securities issuance, tax regimes and securities legislation between the member states in the European Union.

Johnson added: “Tax reform to help harmonisation is one of the priorities of the ECB’s advisory group, the AMI-SeCo, and we are hopeful that it will be supported by the new European Commission.”

The Deutsche white paper argues that without the introduction of T2S the industry would have invested in new technologies and services, perhaps at a lower cost than for the implementation of T2S.

“With technology developments and product innovation such as distributed ledger technology/ blockchain, artificial intelligence and digital assets firmly on the agenda, T2S as the common European infrastructure will need to adapt or, risks becoming obsolete” added the paper.

The ECB has set up a fintech task force and the paper warned this must be agile enough to keep pace with the new technology and the new entrants.

Johnson said: “Digital transformation is happening at a faster pace than the sceptics predicted but the industry now needs to work  on harmonising standards for safety and soundness, such as know your customer, and cyber security whilst also ensuring true interoperability. The digital space needs its own MiFID II, Central Securities Depository Regulation; I think there will be a new wave of regulation.”

Deutsche noted that further possibilities to improve efficiency come from the data revolution. For example, settlement analytics could become a commodity in its own right and trigger client-centric services.

“These services could allow clients to plug and play solutions such as data analytics, liquidity, collateral management, inventory management and asset optimisation including lending and borrowing,” said the white paper. “These should be easily accessed and self-selected, allowing for true product and service unbundling.”

Johnson continued that the industry needs to be purposeful in implementing new digital technology and eliminate the risk of fragmentation. She said: “We need to avoid making the mistakes of the past. There is an opportunity to set up utilities in areas such as data and settlement.”

She noted there has already been collaboration through joint ventures, sandboxes and industry working groups. “The industry has a voice for a common cause and this is welcomed by regulators,” said Johnson.