What Would Thomas Edison Do? 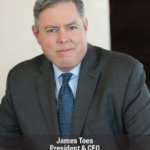 We‘ve all heard versions of Thomas Edison’s quote on failure and lightbulbs with the “Wizard of Menlo Park” admitting to between 99 and 10,000 failures before getting the positive outcome he sought. Regardless of the actual number of attempts, the valuable lesson in the quote is that even if you try and fail, it doesn’t mean you didn’t learn something. Edison understood this clearly and whether it was his scientific mind or resounding determination, he was able to find value in both the positive – and the negative results.

Our industry is being prepared by its chief regulator that the tick size pilot meant to examine the impact decimalization has had on IPO’s and on liquidity for small- to mid-cap company securities will most likely go the way of one of Edison’s failed lightbulbs later this year. Its replacement was outlined last Tuesday in Chicago by SEC Chairman Jay Clayton and it begins with an April 23rd Roundtable on market structure for “thinly-traded” securities. For anyone involved in the tick size pilot from its earliest days, the most common questions we will ask ourselves in the coming months will be: Did we, as an industry, learn anything from the tick pilot? Will we be able to extract value in the positive or more likely, negative results? Or, will we simply decommission the pilot and store any post mortem reports in the National Archives?

The tick size pilot saw its birth from the Jumpstart Our Business Startups (JOBS) Act in the spring of 2012. The JOBS Act came in the aftermath of the 2008 financial crisis when the nation’s attention turned to job creation. It required the SEC to write rules and issue studies on capital formation, disclosure and registration requirements to address an overburdensome regulation. It does not seem that long ago when STA wrote a letter to the Senate Banking Committee supporting the JOBS Act after the House passed the initial draft. In our April 2012 letter we made several general statements about capital formation and the state of IPO’s, among them:

STA would go on to support the tick size pilot, albeit a simpler version and while we wait for the SRO’s July assessment report before issuing any final opinions, it is safe to say that enough empirical data has been gathered to make a final decision on whether to decommission all or parts of the pilot by the October 2018 deadline. Making that decision will enable us to focus our resources on the new effort.

As our industry looks towards the upcoming April 23rd Roundtable and the opportunity it will provide for comments, factors such as costs, unforeseen negative consequences, investor protection and systemic risks will once again need to be considered. Finding the energy to engage again on this topic will be challenging, but giving up is not an option knowing how important capital formation is to our economy and our markets’ ability to facilitate it.

Below are a few remarks STA has made on capital formation since 2012.These remarks and recommendations will be revisited just as all those made by others should be, given what we will learn from the positive and negative outcomes of the tick pilot. Hopefully, under the leadership of the SEC and through industry engagement, a better marketplace can evolve for small- to mid-size companies who are not well served with today’s ‘one size fits all’ regime.

“When you have exhausted all possibilities, remember this – you haven’t.” – Thomas Edison

March 12, 2012 Letter to Senate Banking Committee
We believe both market makers and other liquidity providers dampen market volatility to the benefit of the marketplace and investor confidence. While we are not advocating a return to the past, we do believe in the benefits of enhanced liquidity and regulators need to find a modern way to incentivize its existence.

July 2012 Letter to the SEC
The rising trend in explicit and implicit costs to maintain a trading operation in today’s market structure jeopardizes the strength of secondary trading and capital formation for small companies dependent upon it.

April 30, 2013 Letter to the SEC Small Business Advisory Committee
Creating or encouraging a separate market or markets
A contributing factor in the amount of overall liquidity available is the capital commitment which comes from a subsector of trading centers: market makers, both electronic and traditional, and block traders. Exchanges, while they meet our definition of a trading center and should be incentivized to list emerging growth companies, by their regulatory requirements are not allowed to commit capital in facilitating liquidity for individual investors. We believe individual investors are better served if the Commission looks for ways to incentivize market making and their capital commitment function.

July 29, 2014 Testimony before Roundtable on U.S. Equity Market Structure Hosted by Rep Scott Garrett
Today, our testimony will focus on enhanced liquidity. Who provides it, where it is needed and what changes to market structure should be considered to improve its existence.

It remains STA’s view that shareholders in small- to mid-size securities which lack a robust secondary market benefit from the presence of market makers and block traders who can, among other things, provide enhanced liquidity to increase the depth of the market for the benefit of the marketplace. The commitment of amounts of capital to facilitate trading in such companies that might not be noteworthy for actively traded stocks can have a significant positive impact on the quality of trade executions in illiquid ones.

While the factors in enhanced liquidity provision are numerous, there are certain core ones that could be improved through regulatory actions:

May 5, 2015 Letter to the SEC
U.S. Venture Exchange, U.S. Venture Markets and TSX Venture Exchange
STA recommends the Commission compare the attributes of the U.S. over-the-counter venture market to the Canadian venture exchange model to determine to what degree, if any, a gap exists between the current U.S. model and what may be achieved if an exchange alternative were introduced…After factoring in the size of the respective economies STA has reservations that a U.S. venture exchange is required.