Many reasons have been suggested for the current low volatility in foreign exchange, including the rate-fixing scandal, slow economic growth, and the exit of large banks from the market-making business. Yet through it all, currency traders are confident that profitability will return to FX.

Isaac Lieberman, founder and CEO of Aston Capital Management and a former head of electronic FX options trading at JP Morgan, said at Friday’s Forex Industry Conference that volatility has been muted because of a lack of compelling investment themes.

“You have end users and speculators,” he said. “Each takes market risk because they anticipate changes in the market which are driven by a theme. Most of the themes that have been based on previous experience haven’t played through.”

This has a lot to do with big government intervention in the US and Europe, which affects all asset classes through correlations. “What happens is people start out in January with a fresh P&L, and as you get this decay of themes not following through, then the participation gets less and less,” Lieberman said. “It gets to the point where we are now where there’s no overwhelming theme that can induce the market to move, and get people to come back in and take risk.” 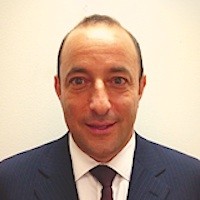 He continued, “FX will come back when there’s an overwhelming theme that has continuity. Think of 1996, people were talking about the euro coming out, fixed exchange rates, and FX becoming a utility, and we ended up seeing phenomenal growth in FX.”

The global economic slowdown has affected currency trading because of the lack of importing and exporting which is a key driver of FX turnover.

“Growth has slowed down, which has implications for both FX and commodities,” said Takis Spiropoulos, managing director of global e-commerce at CIBC. “If commodities are not moving, then the natural business of FX is not happening.”

Another factor in low FX volatility has been the exit of large banks from market-making. “We have seen a number of proprietary desks at of banks shut down, and the market making is going to non-financial institutions such as hedge funds,” Spiropoulos said. “The banks are taking smaller positions. Anecdotally, given the issues with the benchmark in London, there are fewer senior traders in large banks. If the people are not there to take positions to facilitate client flow, then there is less movement in the market.”

Fragmentation, due to a proliferation of trading venues, is creating issues in FX as it has in equities, related primarily to high-speed trading. Only a few years ago, there were four large electronic trading platforms: EBS, Currenex, Hotspot, and Reuters. Today there are dozens.

“Customers are concerned about the amount of information leakage from primary marketplaces affecting prices on secondary venues,” said David Newns, global head of Currenex and CEO of State Street SwapEx SEF. “The traditional stalwarts have seen significant declines over the past 24 months in comparison to the secondary venues.”

Lieberman says there will always be a place for opportunistic traders. “Today we are a technology-driven market,” he said. “By definition, technology opens up new access points, but there will always be people who are warehousing risk, people who have direct relationships with customers, and people who are opportunistic traders. Even if I put in a passive quote which is defined as a market making quote, it really isn’t because I don’t have a relationship with that customer.”

Only banks, which have relationships with customers, responsibility for orders, and a fiduciary duty to maintain price stability, can be what Lieberman calls “true market makers.”

“It’s important to understand that flow is not just numbers on a screen or data coming through a feed,” he said. “There is a catalyst behind those numbers that’s driven by a business need or by customer demand.”